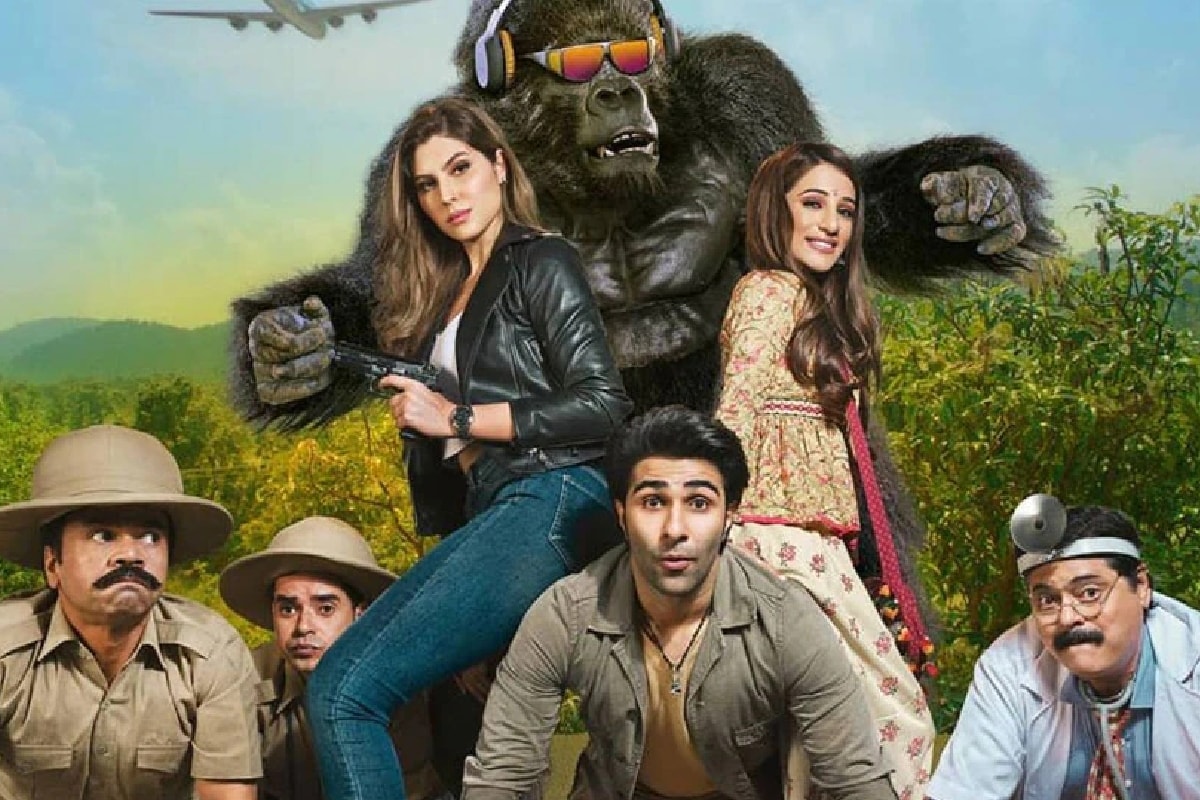 Jay May 4, 2021
film: Hello Charlie Director: Pankaj Saraswat Duration: 102 minutes OTT: Amazon prime videoIn the film, if Ranbir Kapoor’s aunt’s son Adar Kapoor is a hero, then your expectations are slightly increased. Pankaj Saraswat, director of the comedy Talent Hunt, possibly the first in Indian television history, increases your expectations when you make a film. If you are an Excel Entertainment producer of Farhan Akhtar and Ritesh Sidhwani, then your expectations are increased. Hello Charlie After watching, the gorilla throws hope somewhere. The film is extremely silly and childish. Jackie Shroff is a scam businessman, and is in the mood to leave the country. His girlfriend Elnaz plans to expel him from the country by wearing gorilla costumes. On the other side, the hero of the film is Chirag Rastogi Charlie (Honor Jain), who is the best friend of bad luck. Go to some work and it does not succeed. Charlie is given the task of transporting this gorilla to the destination. Meanwhile, a plane crashes and one of the real gorillas escapes and runs into the forest. In the rest of the story, the intellect of the audience is being attacked, so there is no need to write. The biggest question is why Pankaj Saraswat must have decided to make this film? Are beyond comprehension. We saw Pankaj in the role of ACP Raghu Salian in Hotstar’s show Criminal Justice. It is impossible to understand where he got the inspiration to write and make this film. The producers of the film are Excel Entertainment i.e. Farhan Akhtar and Ritesh Sidhwani who have made films like Dil Chahta Hai, Zindagi Na Milegi Dobara, Fukrey, Fukrey Returns, Don and Gully Boy. What must have been such a compulsion that he heard and chose this script, and also decided to make a film. In the film, Adar Jain has returned as a hero. He has previously worked in Excel Entertainment’s “Prisoner Band”. Known more for his girlfriend Tara Sutaria and his brother Ranbir Kapoor. What kind of pressure was there on him that he signed this film, accepted such a script, acted like Ranbir Kapoor in such a role and accepted the role of a side hero in the film. It is very important to respect that they do not imitate Ranbir Kapoor, nor should they look for characters like him. Respect will still have to work a lot in acting, it is a comedy film, but their timing and dialogue delivery is messed up. An attempt has been made to save them from editing. The film’s heroine is Shloka Pandit, Pandit belongs to Jasraj’s family. The acting is crude, it will work if the role is found properly. It has done a fine job in this film as well. There was a lot of expectations from Jackie Shroff aka Gorilla, will be disappointed. Nothing in the film was liked by the children. Girish Kulkarni, Rajpal Yadav, Siddhant Kapoor and Bharat Ganeshpuri have been virtually wasted. Neither his characters have emerged, nor has he done any special acting. The music of the film is patchy, like the screenplay. Not a single view has the capacity to hold the dam. The story of Mistaken Identity of Gorilla is visible to everyone and it completely flops. The film was ready in 3 months. He also appears. Even if you try to watch the film without any hope, you will still fail. Not a single punch has been applied properly, not a single shot has any merit, the songs are boring, the acting is just fine and for all these reasons it is better to call the film goodbye than to say “Hello Charlie”. If you do not see, nothing will go wrong. If you see, some life will not increase.