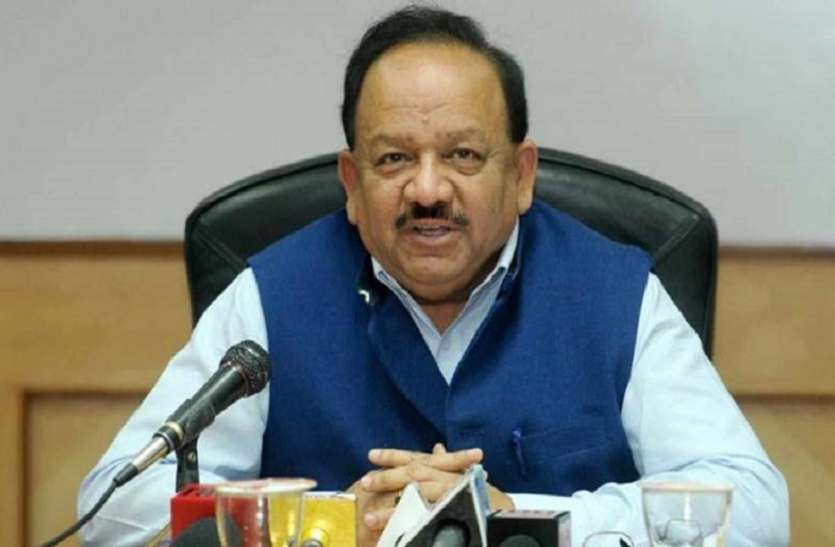 Black fungus: Union Health Minister Dr. Harsh Vardhan organized a review meeting through video conferencing with the Health Ministers of 9 States and Union Territories on the current situation and vaccination.

Black Fungus: Union Health Minister Dr. Harsh Vardhan organized a review meeting through video conferencing with the health ministers of 9 states and union territories on the current situation and vaccination. Union Health Minister Dr. Harsh Vardhan has expressed concern about black fungus along with accelerating vaccination in this meeting. The production of medicines for the treatment of black fungus is being increased, as well as the states have also been asked to report the disease.

While discussing the third wave of Covid-19, the Union Health Minister said that no one can say with confidence when the third wave will come or not. It is definitely discussed that in the coming time, if there are more mutations in the virus, then the children can be affected. Therefore, it is important that the infrastructure is prepared keeping in mind the children. Union Health Minister Dr. Harsh Vardhan stressed that we need to increase vaccination. Whatever vaccines we have available, we have to give them as soon as possible. In the coming months, the production of the vaccine in the country will increase significantly.

Corona’s cases have reduced only slightly, but the black fungus has raised concerns. Cases of black fungus are rapidly coming up in many states. Concern has also been raised by the Central Government about this. Along with this, a letter has been alerted to all the states on behalf of the Center on the black fungus. At the same time, many states have declared Black Fungus an epidemic.

Read More: Sputnik vaccine made for corona also has many side effects, be careful while applying

Corona positive rate in the country has come down to 12.59 percent, as daily recovery for the eighth consecutive day exceeded daily new cases and new cases are less than three lakhs for the fifth consecutive day, but 24 hours after reporting less than 4,000 deaths, India On Friday, the number of daily deaths due to Kvid 19 increased to 4,209. According to the Union Ministry of Health and Family Welfare, the new cases have become the lowest. India on Wednesday recorded the highest number of deaths due to Kovid with 4,529 deaths, the highest number of deaths due to Kovid infection in any country so far.

Read More: How to book an appointment for Covid-19 vaccine, read the complete process