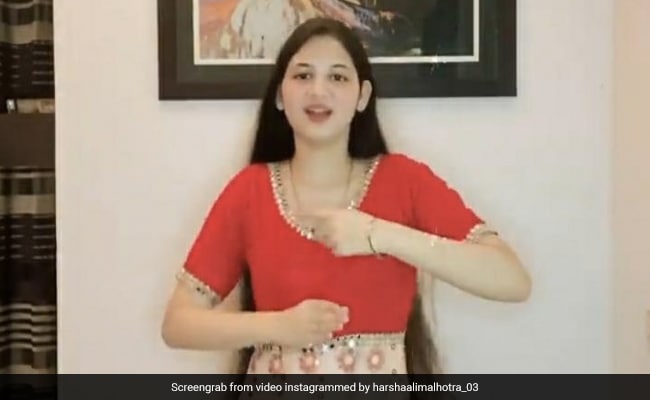 Harshali Malhotra did such a tremendous dance on Kareena’s song, the fans said – Munni has grown … See Video

Harshaali Malhotra Dance Video has shared the dance video on her social media account Instagram. Sharing the video, she writes, “I will take you across my arms ..”. This dance video of Harshali is getting rave reactions from the fans. A social media user commented on Harshali’s video and wrote, “Bhai Munni togati bade ho gaya”. So another user has written, “The most beautiful girl in the country”. In this way, fans are commenting on the video of Harshaali Malhotra and luring their love by making an emoji with a heart-fire.