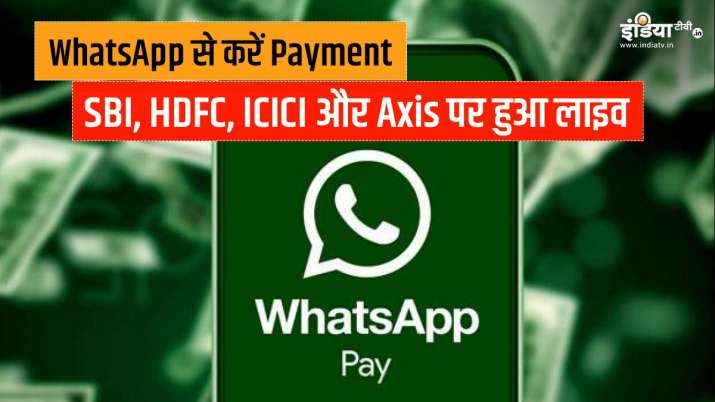 Good news for 20 million users of WhatsApp, WhatsApp Pay service will also be available on these four banks

WhatsApp is big news for users. Now WhatsApp’s Payments Services WhatsApp Pay (Whatsapp Pay) will be available with four major banks of the country. On Wednesday, WhatsApp Pay announced that it is now available to its 20 million users in India along with State Bank of India, HDFC Bank, ICICI Bank and Axis Bank.

After waiting for nearly two years, the Facebook-owned WhatsApp payment service was approved by the National Payments Corporation of India (NPCI) in November to launch Unified Payment Interface (UPI) with over 140 banks.

Just yesterday, Facebook owner Mark Zuckerberg made several announcements about the expansion of WhatsApp Pay. WhatsApp can expand its UPI user base to 20 million users. This payment facility is now available in 10 Indian regional language versions of WhatsApp.

During the Facebook ‘Fuel for India’ virtual event, WhatsApp chief Abhijit Bose said, “UPI is a very special service and we have the opportunity to jointly leverage our digital economy and financial inclusion for a large number of users. , Who have not yet had access to it. ”

According to a recent report by Bangalore-based research firm RedSeer, Digital payments in India are expected to reach $ 94 trillion by the financial year 2025. “We are excited and privileged to partner with State Bank of India, ICICI Bank, HDFC Bank and AXIS Bank,” Bose said in a statement.