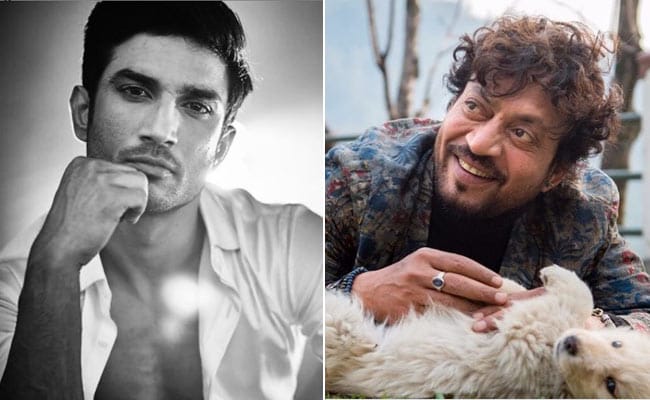 From Sushant to Irrfan, Bollywood stars who said goodbye to the world in 2020

1. Sushant Singh Rajput
Sushant Singh Rajput, who made his Bollywood debut with the film ‘Kay Po Che’, was found dead on October 14 in his own house. He left the world at the age of 34. With his death, the country was also shocked along with Bollywood.

2. Irfan Khan
Irfan Khan died on 29 April this year. Irfan Khan said goodbye to the world after fighting the battle for cancer continuously for a year. Irrfan Khan was last seen in the film ‘English Medium’, in which Kareena Kapoor also played the lead role.

3. Rishi Kapoor
Rishi Kapoor, who made his Bollywood debut with Mera Naam Joker, died on April 30. Rishi Kapoor was admitted to the hospital due to difficulty in breathing. At the same time, in 2019, he returned to India from New York after being treated for cancer.

4. Saroj Khan
Bollywood’s famous choreographer Saroj Khan died on 3 July due to cardiac arrest. He said goodbye to the world at the age of 71. Saroj Khan was having trouble breathing, after which she was admitted to Guru Nanak Hospital.

5. Wajid Khan
Bollywood’s famous music composer Wajid Khan also said goodbye to the world at the age of 43. Wajid Khan had kidney problems, about which he was admitted in the hospital.

6. Jagdeep
Bollywood’s famous comedian actor Syed Ishtiaq Ahmed Jaffrey, i.e. Jagdeep, died in Mumbai on 8 July. Jagdeep, who started his career as a child artiste, had said goodbye to the world at the age of 81.

7. S.P. Balasubramanian
SP Balasubramanian died on 25 September this year due to corona virus. He was admitted to MGM Hospital, Chennai. He has also sung many songs of Salman Khan’s film during his career.

8. Nimmi
Bollywood’s Nimmi, whose real name is Nawab Banu, died this year at the age of 88. He has done many excellent films from the 1950s to the 1960s, including ‘Pooja Ke Phool’, ‘Mere Mehboob’ and ‘Akashdeep’.

9. Asif Basra
Asif Basra was found dead on November 12 in a private complex in Dharamshala. The reason for his demise is yet to be ascertained. Asif Basra has worked in many hit films during his career.