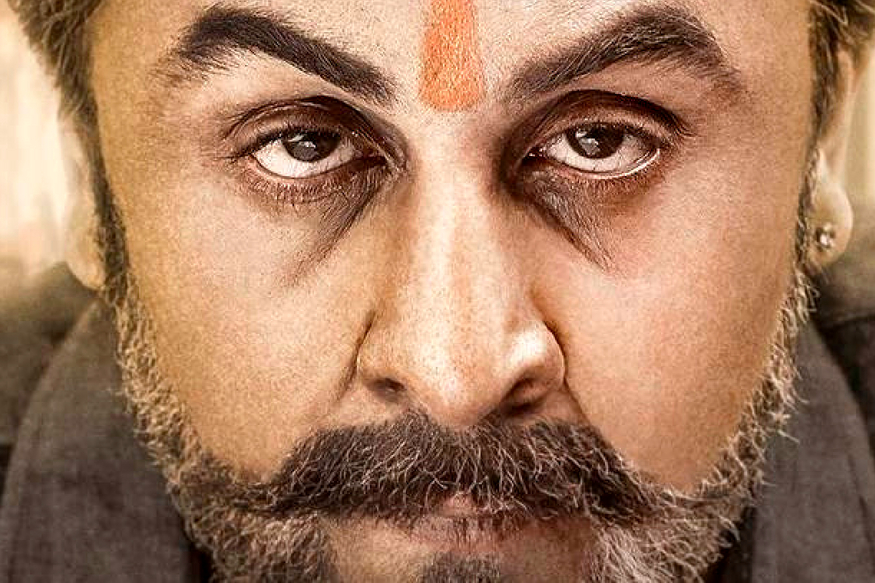 Film Review: Ranbir Kapoor is the life of ‘Sanju’, sometimes the ‘campaign’ looks like a film.

Seeing Sanjay Dutt’s suicide attempt, you feel that something really is going to happen in the film, which you have not seen or heard till date. But from here on, the film seems to gradually change into a campaign.

Seeing Sanjay Dutt’s suicide attempt, you feel that something really is going to happen in the film, which you have not seen or heard till date. But from here on, the film seems to gradually change into a campaign.

Today there was a strange movement in the mind while setting foot in the theater. Today I was going to know about that ‘Hero’ whom I have heard all my life along with the ‘Khalnayak’, ‘Bad Boy’ jumlas. Even the hero of the film Ranbir Kapoor Had himself said that when he heard the news of Sanjay Dutt’s biopic, he thought that why was this story being made? Actually, till today what you read or heard about Sanjay Dutt was from someone else’s mouth or pen and ‘Sanju’ is going to tell his own story. This was the biggest feature of this film and perhaps this thing created panic in the heart. The film starts with a strong, a writer who tried to write a book on Sanjay Dutt and then in a short time Sanjay Dutt Seeing the attempt of suicide, you feel that something really is going to happen in the film, which you have not seen or heard till date. But from here on, the film seems to gradually change into a campaign. The campaign, which is named – ‘Yes, I accidentally took drugs, but I am not a terristist’ Rajkumar Hirani looked a bit tied in this film. He was seen trying to break many of the recognition built around Sanjay Dutt. People who add drugs to Sanjay, people who take advantage of his naivety, how the media uprooted and maligned Sanjay’s name. Overall, the protagonist of this film is a man who is an effigy of mistakes and then learns from his mistakes and moves forward. If you are going to see this film to actor Sanjay Dutt, then you will feel disappointed. Sanjay did not show his Bollywood life, in which most people are interested, in this film. The film revolves around Sanjay Dutt and his father, Sanjay and his mother and Sanjay and his friend. If you talk about the references related to Bollywood, the film does not feature any actor apart from Sunil Dutt (Paresh Rawal), Nargis (Manisha Koirala) and Mahesh Manjrekar (in his own role).

All those media reports that Salman Khan will be Madhuri, Amitabh and Govinda will be false in this film. Yes, in the character of Sonam Kapoor as Sanjay’s first girlfriend, there is a glimpse of Tina Munim somewhere, but it is not proved in the film.

Within the film, Sanjay’s drug habit, his connection to the underworld and his Tada case are shown prominently. During this, there is a beautiful story of father-son relationship between Sanjay and Sunil Dutt, presenting it beautifully. The life of the film is the chemistry between Sanjay and Vicky Kaushal, which gets you tickled in the middle of this serious film. However, I am a big fan of Manisha Koirala. That is why I will praise her, but in this film she is seen acting amazing. Manisha has also proved with the comeback that she is the best among Bollywood’s senior actors at this time and it would not be surprising if you see her in more films. Paresh Rawal in the role of Sunil Dutt does a fine job and the role of Diya Mirza and Anushka is very small in the film. But the pride of the film is Ranbir Kapoor. Ranbir Kapoor Has once again proved in this film that he is not 19 to anyone in terms of acting. He has imbibed the character of Sanjay Dutt and perhaps no one could have played the role of Sanju better than him. In some scenes, he is even better than the real Sanjay Dutt and it is his victory that by the end of the film, Sanjay’s real face starts getting blurred in your memory. You seem to be Ranbir only Sanjay Dutt.

The film looks very premium and the cinematographer of this film has worked hard on the film. If we talk about music, the song ‘Good’ has climbed on people’s tongue, but the song of the film is ‘Har Maidan Fatah’. This song has the power to make you stand up and Sukhwinder and Shreya Ghoshal have played it beautifully. In this song, you will see a bond between Manisha and Ranbir, which is the life of the film.

Before going to see this film, we would just like to say here that you will not go to see it like Bollywood masala. This is the story of Sanjay Dutt, by his own. It is obvious that you will not see anything that they do not want to show. Yes, you will definitely know some things about Sanjay Dutt. Just whether he is right or not, this cannot be proved, because in this case only Sanjay can tell anything. Yes, if you need any reason to watch this film, then just understand that when Bollywood was not Khan, Kapoor and Kumar were not there, then a hero was coming out in front of him named Dutt – Sanjay Dutt, And he also used to take drugs and talk to the underworld which is shown openly in this film. read this also: Rishi Kapoor became a traitor in the country, Taapsee Pannu will provide justice