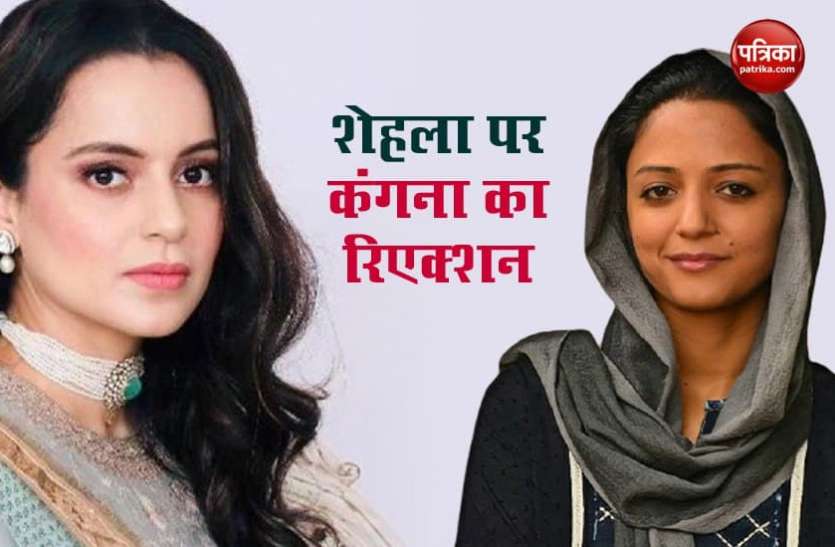 New Delhi: Her father Abdul Rashid Shora has made serious allegations against JNU alumnus Shehla Rashid. His father calls him an anti-national. Shehla’s father created a sensation by making serious allegations like Terror funding on him. Along with this, he has also demanded that Shehla NGO’s funding be investigated. There have been various reactions on social media after Shehla was accused by her father. At the same time, Bollywood actress has also tweeted on this issue.

Kangana Ranaut is very active on social media and keeps on making headlines with her tweets every day. In such a situation, now he has spoken on the issue of Shehla. Kagna has shared a video of Shehla’s father, in which he has accused his daughter of taking Rs 3 crore from Zahoor Vatli and Rashid Engineer. Both of them are arrested on charges of terror funding. Kangana shared this video and wrote, “By treason you will get money, international awards, friends, cooperation, but by patriotism you will get enemies, struggle, inherit the battle of ancestors, your life is your decision. Should be, to live a life of wisdom or foolishness? I am a born fool. ” His tweet is becoming quite viral on social media.

You will get money, international rewards, friends, cooperation from treason, but by patriotism you will get enemies, struggle, inherit battles of ancestor civilization, your life should be your decision, you should live a life of wisdom or foolishness. The
I am a born fool 🙂 https://t.co/Ey1RpPZQjC

Responding to the father’s allegations, Shehla said that her father commits domestic violence. In such a situation, when his mother, sister and he decided to separate from father, he has taken revenge by accusing him. Shehla tweeted, “Many of you must have seen a video of my biological father, in which he has made serious allegations against my mother, sisters and me.” Keeping it flat, I would like to say that he is a man who beat his wife and abuses her. We finally took the step of separating from him and this video is his reaction.

1) Many of you must have come across a video of my biological father making wild allegations against me and my mum & sis. To keep it short and straight, he’s a wife-beater and an abusive, depraved man. We finally decided to act against him, and this stunt is a reaction to that. pic.twitter.com/SuIn450mo2