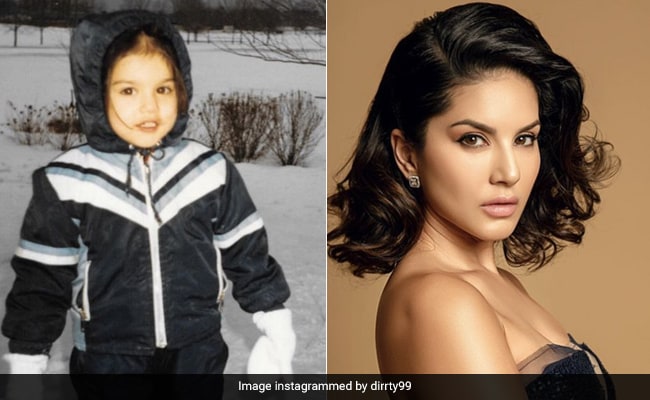 Bollywood’s known actress Sunny Leone Has dominated social media with her banging and glamorous photos. Recently, Sunny has also celebrated her 40th birthday. Along with the fans, the celebs also congratulated her, but her husband Daniel Weber has made a very special wish. Daniel has shared two pictures of Sunny Leone on social media, in this pictures Sunny is looking very beautiful.

Actually, Daniel shared two pictures of Sunny (Sunny Leone {Photos) on social media. In which there was a cute photo of Sunny’s childhood on one side. On the other side there was a photo of the elder Sunny. Initially, the fans were confused on seeing this picture, but to remove the confusion of the fans, Daniel merged and shared Sunny’s photo today, after which the confusion of the fans was completely cleared. Fans reacted fiercely to this picture of Sunny. Sharing this beautiful photo, Daniel wrote the caption – “Thank you for being who you are. You are an inspiration, you get a lot of love from you.”