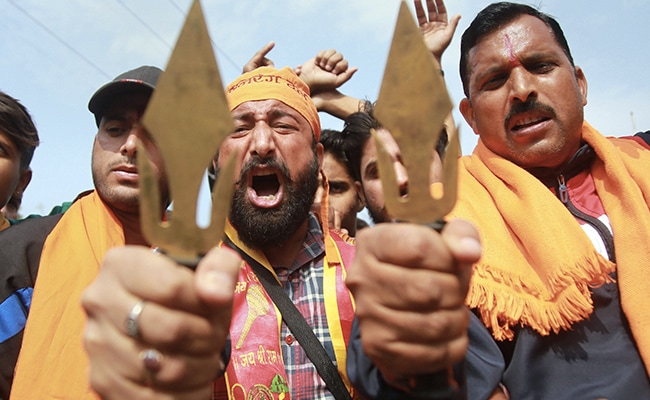 Facebook’s soft stance towards Bajrang Dal to protect its business and staff: report

Despite being tagged as a potentially dangerous organization by Facebook’s security team, Bajrang Dal (Bajrang Dal), an organization that supports violence against minorities across India, remains on this social network for political and security reasons Permission has been granted. The Wall Street Journal published this report on Sunday.

The newspaper has written that due to the relationship with the ruling BJP Facebook Afraid to take action against right-wing groups. Because “the tightening of the Bajrang Dal may threaten both the company’s business prospects and its employees in India.” The newspaper has quoted a report about this published earlier this year.

In August, Wall Street Journal reported on Facebook’s policies Perceived bias Was reported to be. In this, the ruling BJP was said to be in favor of Facebook’s business interests. It said that former Facebook executives Anki Das Had advocated for a leader of the ruling party, who made anti-Muslim comments.

A few days after this report was published by Facebook, the leader was turned away. Although Facebook denied the offending allegations, it also admitted that it would have to do better to curb the hate speech. Soon after this, Ankhi Das left the company.

The latest report by The Wall Street Journal cited a video of the Bajrang Dal and Facebook’s action on it. It claimed to have claimed responsibility for an attack on a church outside New Delhi in June and which was seen 2.5 lakh times.

According to the newspaper, an internal Facebook report said, “Banning the ruling Hindu nationalist politicians of India, the Bajrang Dal, poses a threat of physical attack on Facebook personnel or an attack on the company’s facilities.”

It added that “a group of Facebook employees posted an internal letter to the Facebook discussion group. It states that the presence of the Bajrang Dal, among other organizations on this platform, is the company’s focus on dealing with hate speech in India.” Doubts on commitment. ”

In response to this article, Facebook spokesman Andy Stone told the Journal, “We apply our policy on dangerous individuals and organizations globally without political status or party affiliation.”

In October, Facebook has invested billions of dollars in India. There are five offices in her country and she considers India her biggest market in terms of users. Facebook defended itself before the parliamentary committee over allegations of bias and concerns about data security.