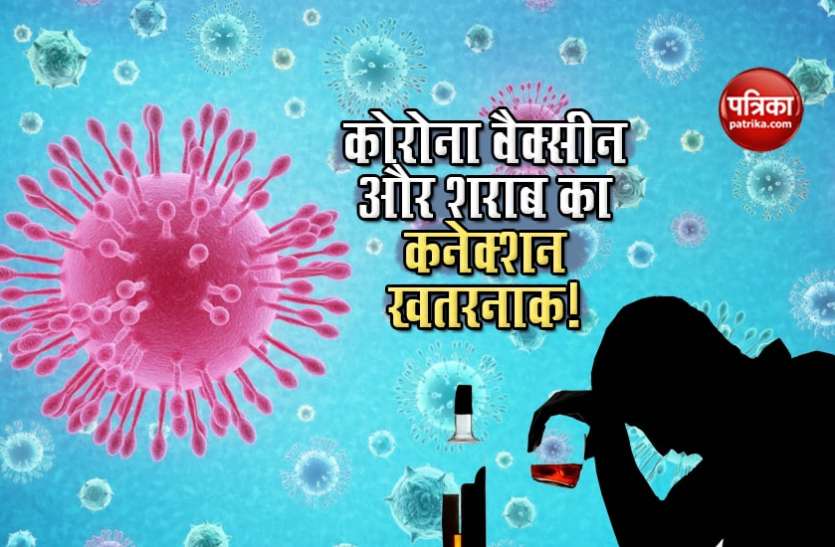 Experts’ warning: Do not hand alcohol over two months after Corona Vaccine

new Delhi. Russian authorities have been advised to abstain from alcohol consumption for two months after receiving the Sputnik-5 vaccine dose of the Corona virus. After giving this advice, now in India also on Thursday, health experts said that this is a preventive measure for the patients of Kovid-19.

According to the advice of health experts issued in this regard, the prohibition issued against the use of alcohol is aimed at strengthening the immune system.

Dr. Praveen Gupta, head and director of neurology at Fortis Hospital in Gurugram, told news agency IANS, “Russian authorities have issued some strange suggestions for patients taking the corona virus vaccine. This may have prevented more from corona virus infection Will be able to go.

Dr. Gupta continued, “Either they (Russian officials) believe that the Corona vaccine will go back to work after two months, or there is no precise explanation as to why people take precautions for so long even after vaccination Will keep doing it. ”

Actually, people usually consume alcohol in Russia. In such a situation, the adoption of such a preventive measure will not only affect the population here, but also from the economic point of view it will affect the country greatly. Not only this, public opinion about the vaccine will also change with this announcement.

Significantly, there has been an increase in activity regarding the corona virus vaccine for some time. Prime Minister Narendra Modi has also talked about its preparations and vaccination in the next few weeks in the country. While Russia’s Sputnik-5 vaccine has also come for testing in India.

There have been many recommendations regarding its effects after being given different vaccines. If the efficacy of a vaccine is stated to be 14 days, then the trial to claim its full effect after two doses of a vaccine is ongoing.

2 thoughts on “Experts’ warning: Do not hand alcohol over two months after Corona Vaccine”