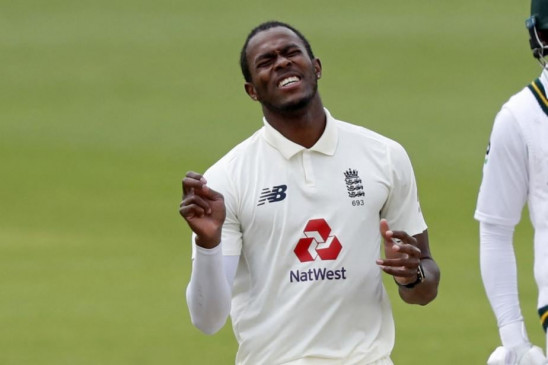 ENG Vs NZ: Fast bowler Archer out of Test series with New Zealand due to elbow injury

Digital Desk, London. England cricket team fast bowler Jofra Archer has been ruled out of the two-match Test series with New Zealand due to an elbow injury. The 26-year-old Archer was playing for Sussex in county cricket at this time, but he could not bowl on the final day of the match due to the re-emergence of an elbow injury problem.

According to the ECB, the England and Wales Cricket Board (ECB) has said that Archer is still battling his right hand elbow injury. The England and Sussex teams will now investigate his injury and then Archer will take a decision on him after consulting the medical team later this week.

England are scheduled to play the first Test with New Zealand from June 2 at Lodgers. Archer withdrew from the IPL last month due to injury, where he was part of the Rajasthan Royals team. The 26-year-old was ruled out of the squad due to injury to the 26-year-old after England’s T20 series in India in March. For this reason he also missed the Indian Premier League, which was eventually postponed due to the Kovid epidemic in India.

It is being said that Archer may have to undergo surgery to recover from Kohli’s injury. The first England-New Zealand Test will begin at Lord’s from 2 June. The Bridgetown-born Archer has played 13 Tests, 17 ODIs and 12 T20 Internationals for England.