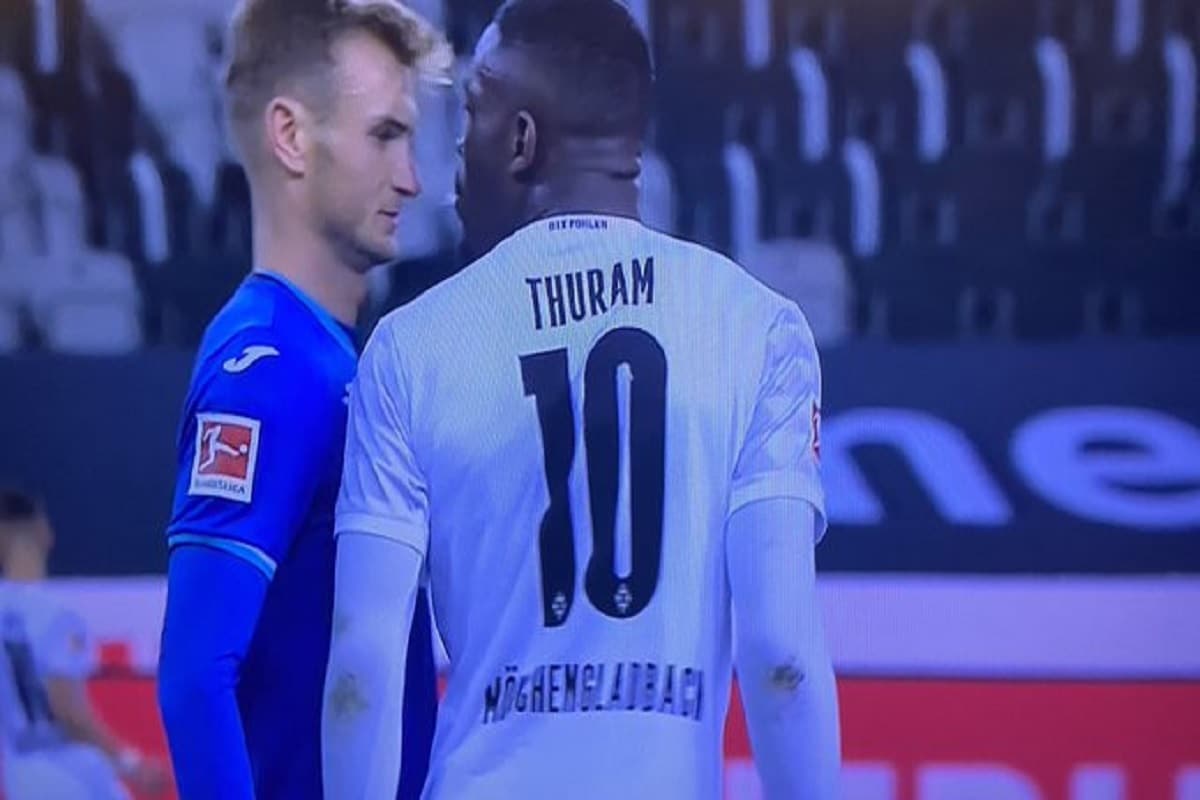 During the match, an angry player spit in the anger, now got a big punishment

After watching the video, the referee sent this player off the field and now the federation has banned him.

Berlin. Borussia Monsenglabakh striker Marcus Thuram has been banned for five matches for spitting in the face of a Hofenheim team player during a Bundesliga football tournament match. The German Football Federation said on Monday that the ban would apply in the German Cup and the Bundesliga.There will also be a suspended match ban on Thuram which will depend on the condition of good behavior till 21 December 2021. After a debate over the tackle, Thuram spit in the face of defender Stephen Posh.

Referee Frank Willenberg sent Thuram out of the field after watching the video and showed Posh a yellow card. Hofenheim won the match 2–1 on Saturday. The federation also imposed a fine of 40 thousand euros (about 37 lakhs) on Thuram on Monday. Borussia’s team has already imposed a penalty of one month’s salary on Thuram in France, which will be donated for social work.