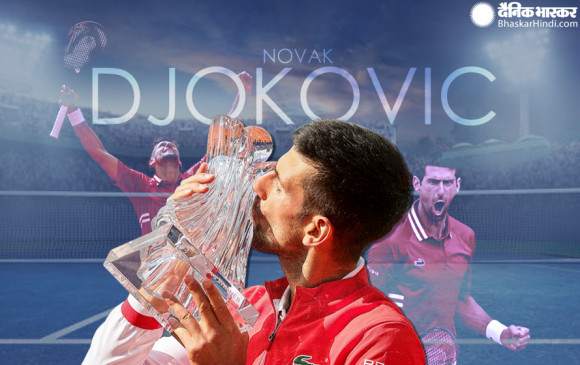 Digital Desk, Belgrade. World No. 1 tennis player Novak Djokovic of Serbia won his 83rd career title by defeating 23-year-old Alex Molkan 6-4, 6-3 in a qualifier match at the Belgrade Open on Saturday. This was his third title at the Gherlu ground. Serbian star Djokovic defeated Molkan, playing in his first ATP final, in 88 minutes.

Djokovic has practiced well ahead of the French Open by winning the Belgrade Open. The 34-year-old Djokovic improved to a 20–3 record this season and will now play in Paris, where he will play against American player Tennes Sandgren in the first round of the French Open.

After the match, Djokovic said, “It’s been a long time since I last played here in front of (home) spectators.” Holding the trophy here after 10 years is really special. He had previously won the Serbia Open in 2009 and 2011. Djokovic said, “It’s a great experience before Roland Garro. I am playing well, feeling good and spending quality time with my family.

Earlier, Djokovic defeated Federico Correa 6-1, 6-0 in the semi-finals. All tennis players are currently preparing for the French Open, the second Grand Slam of the year. The French Open will begin on May 30. Djokovic won the first Grand Slam Australian Open of the year for a record 9th time.