Dilip Kumar’s pair was a hit with these beautiful beauties on screen, see the beautiful journey

New Delhi: Bollywood’s Tragedy King aka Dilip Kumar on Wednesday said this world forever. In such a situation, there is a wave of mourning in the entire film industry. Dilip Kumar has romanced on screen with many top actresses in Hindi films during his career spanning 6 decades. It is said that the actor always chose to act opposite the top actresses of his era. Their memorable on-screen pairings have stirred every emotion from laughter to tears, and at times even sparked Bollywood gossip.

Dilip Kumar made his debut as an actor in the 1944 film ‘Jwar Bhata’. Since then, over the years, top actresses of that era have given hits opposite the actor. Presenting about 5 such heroines who made a great pair with Dilip Kumar.

In 1957, Dilip Kumar refused to play Nargis’s son in ‘Mother India’ after romancing the actress in previous films. Nargis acted in 7 films with Dilip Kumar from ‘Anokha Pyaar’ (1948) to ‘Deedar’ (1951).

She played the role of a childhood sweetheart in ‘Mela’ (1948) by breaking away from circumstances. The superhit film ‘Andaz’ (1949) starring Nargis, Dilip Kumar and Raj Kapoor was a love triangle. Two films came in 1950, ‘Babul’ and ‘Jogan’

‘Who drinks to tolerate fucking?’ Dialogue of Devdas movie, which is one of Dilip Kumar’s best films. In this Vyjayanthimala played the role of Chandramukhi. The pair romanced on screen in Devdas, Madhumati and Ganga Jamna. They acted in 7 films together from Naya Daur (1957) to Paigham Se Leader (1964) and Sangharsh (1968).

The pairing of Madhubala and Dilip Kumar was like doom and dream. It is said that their pairing in the film Mughal-e-Azam was a tribute to their tragic love. The pair’s first film was Tarana (1951). He later acted in Sangdil (1952) and Amar (1954).

Meena Kumari was the tragedy queen of Bollywood while Dilip Kumar was the tragedy king. Nevertheless, interestingly, they worked together in the light-hearted films Azad (1955) and Kohinoor (1960), where both played cheerful roles. They also starred together in Foot Path (1953) and Yahudi (1958).

It is said that initially Dilip Kumar refused to pair up with Saira Banu and said that she was too young for him. 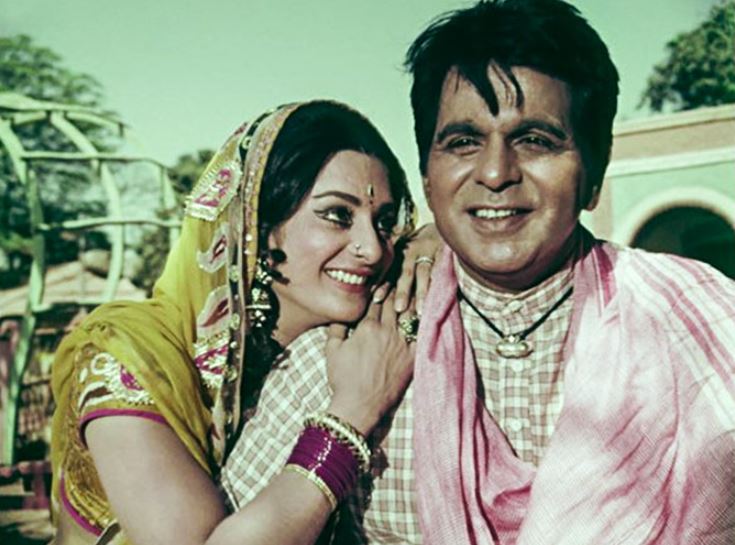