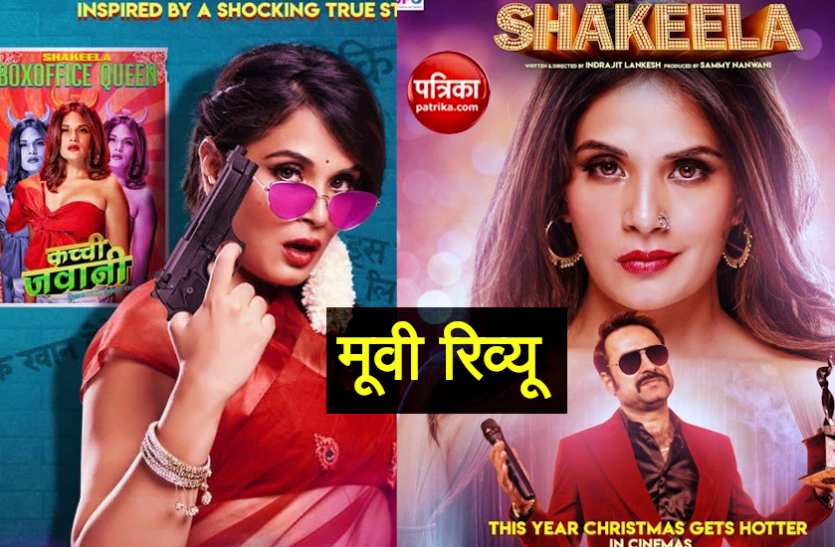 Malayalam actress biopic
During the nineties after the suicide of Silk, Shakeela emerged in the south. His porn films made in Malayalam made many people proud. Shakeela’s instant success also exposed the double character of the society. On the one hand people were breaking up to watch his films, on the other side a section had opened a front against him. The biopic on this actress ‘Shakeela’ begins with a similar scene. People are on the streets carrying banners. There is a demand for a ban on Shakila’s pornographic films. These films are being blamed for the increasing violence against women in Kerala. Seeing the beginning of the biopic, the second ‘The Dirty Picture’ was expected, but as soon as the flashback begins to explore Shakeela’s journey, it becomes a common masala film. Such a film, which is unable to say anything in the matter of saying a lot and remains a weak version of ‘The Dirty Picture’.

Dubbed film like south
Instead of focusing on the ups and downs of Shakeela’s life and career, director Indrajit Lankesh limited the story to a confrontation between Shakeela (Richa Chaddha) and film star Salim (Pankaj Tripathi). Such a confrontation was also between Vidya Balan and Naseeruddin Shah in ‘The Dirty Picture’, but it was not made the basic rhythm of the film. There are many other factors behind the success of actresses like Silk Smita and Shakeela. There is no mention of him in ‘Shakeela’. The film is made in Hindi, but its huliya is like a dubbed film of the south.

Hit the headlines with disgrace
Instead of examining how an actress like Shakeela achieves success through the path, this biopic transforms Shakeela from junior artist to big actress in a single song. Every big hero wants to work with it. Even after several rounds, when the grapes remain sour for Star Salim, he starts to open a front against Shakeela. At the behest of him, they take to the streets to blame Shakeela for the increasing vulgarity in films. The actress was once so infamous in Kerala that girls were avoided to name her Shakeela.

Weak screenplay
Richa Chadha and Pankaj Tripathi are good actors, but the weak screenplay did not give them a chance to do anything special. Perhaps Inderjit Lankesh too had the illusion of this weakness. So he got Richa Chadha to do what Shakeela used to do in South films.