Did Kareena Kapoor give birth to her son again? Nand Saba said this post

New Delhi Bollywood actress Kareena Kapoor Khan’s second child is eagerly awaited. Due to his delivery date was 15 February, in the meantime, his nanand has tried to share something by sharing a post on social media. We are not saying this but Kareena’s fans. Saif’s sister Saba has posted some pictures on social media, on which she has written different captions, which looks like she wants to tell something. Saba has shared old photos of Saif and his children in which the caption is written – Here is a small gesture, my champs. Fans are commenting heavily on these posts of Saba and saying that Kareena has again got Baby Boy.

Kareena Kapoor Khan’s Nananda Saba may be away from Bollywood but she remains very active on social media. Looking at their recent post, it seems that Kareena has given birth to a son. Saba has shared an old photo of Saif Ali Khan and his son Ibrahim Ali Khan on his Instagram. Both are smiling in the picture. Saba has written in the caption – Here is a small gesture, my champs. As soon as Saba wrote this, the users started saying that Kareena has given birth to a son. At the same time, some are also asking questions whether you are making this gesture about Kareena.

However, no official information has yet been revealed about Kareena Kapoor’s delivery. These are only speculations by fans. Fans are eagerly waiting for Kareena’s second child. Meanwhile, such a post of Saba is forcing the fans to think that it does not point towards Kareena’s other child. 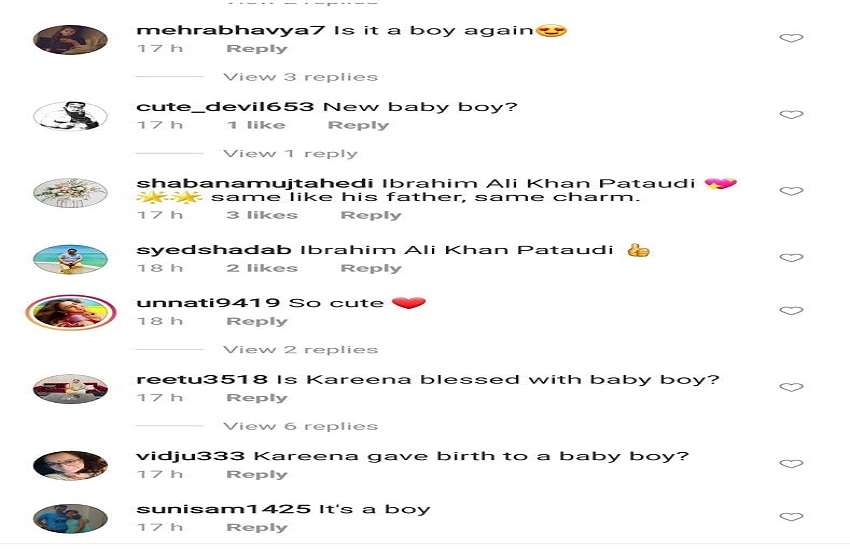