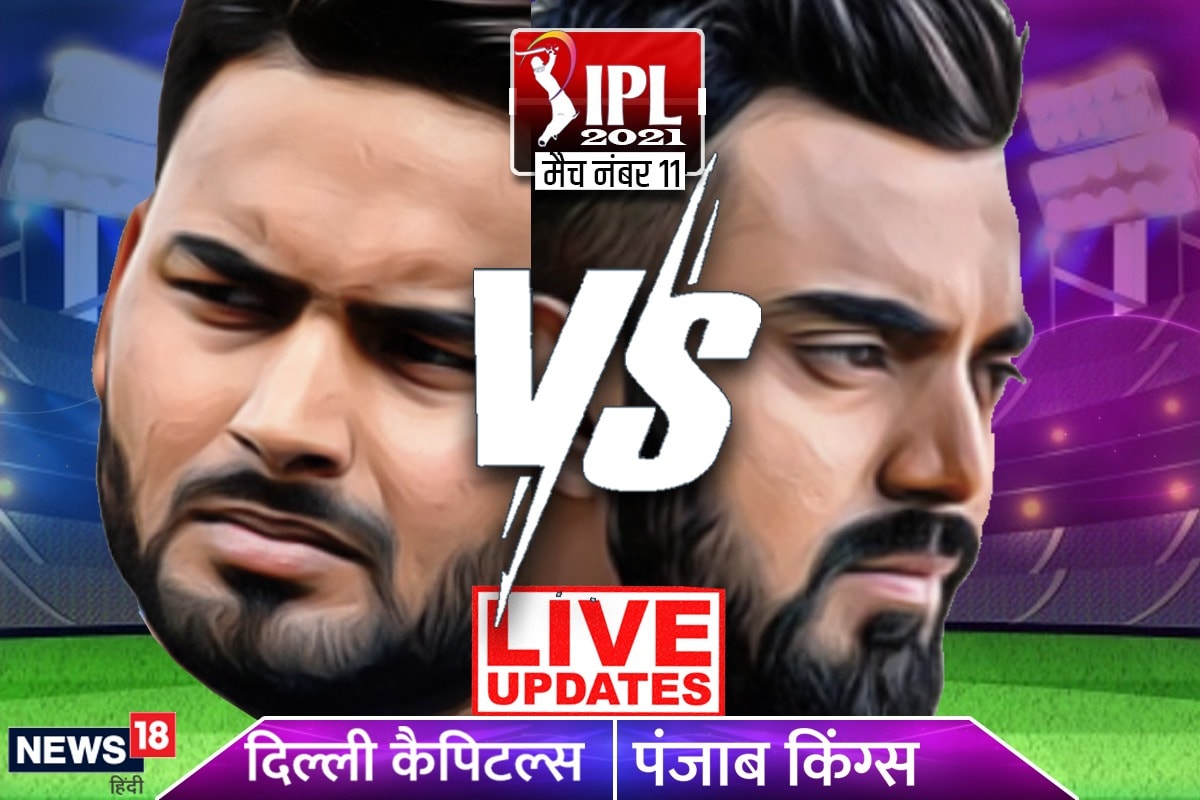 DC VS PBKS Live Score: Dhawan and Shaw give Delhi a fast start

Jay April 18, 2021
New Delhi. The 11th match of IPL between Delhi Capitals and Punjab Kings is being played at Mumbai’s Wankhede Stadium. Punjab scored 195 runs in 20 overs, batting first. Mayank Agarwal played an innings of 69 runs. KL Rahul scored 61 runs. Deepak Hooda scored 22 and Shah Rukh Khan scored 15 not out. Let us know that KL Rahul and Mayank Agarwal gave a great start to Punjab. Mayank both batsmen led Punjab to 59 runs in the powerplay. After this, Mayank Agarwal hit a fifty in just 25 balls, crossing the score of fifty for the first time this season. Delhi completed their 100 runs in 10.1 overs. Mayank Agarwal and KL Rahul hit 3 sixes in the 11th over of Kagiso Rabada.

Delhi got their first success in the 13th over. Lukman Meriwala dismissed Mayank Agarwal on a personal score of 69 runs. Mayank and Rahul shared a 122-run partnership. After this KL Rahul hit a half-century in 45 balls but he was out on a personal score of 61 and could not convert his innings into a big score. Chris Gayle too could not do anything special and was dismissed for 11 runs.

Rishabh Pant, captain of Delhi Capitals, has decided to bowl first after winning the toss. Punjab Kings will bat first. The Punjab team has included Jalaj Saxena in the playing eleven in place of Murugan Ashwin. At the same time, Steve Smith and Lukman Meriwala will make their IPL debut on behalf of the Delhi team.

The pitch of the Wankhede Stadium is raising some questions in front of the top-order batsmen in the floodlight. Due to the moisture, the fast bowlers are getting help on this pitch. In such a situation, the fight between KL Rahul vs Kagiso Rabada and Chris Woakes vs Chris Gayle will be interesting. Similarly, if Prithvi Shaw will try to blunt the sharp bowling of Mohammed Shami, then Shikhar Dhawan will try to dominate Arshadip Singh, who is disciplined bowling. Both teams have strong batsmen in the top order. The Delhi team is heavily dependent on Shaw, Dhawan and Pant, while Rahul, Gayle and Deepak Hooda are playing the same role in the Punjab team.

The teams are as follows –