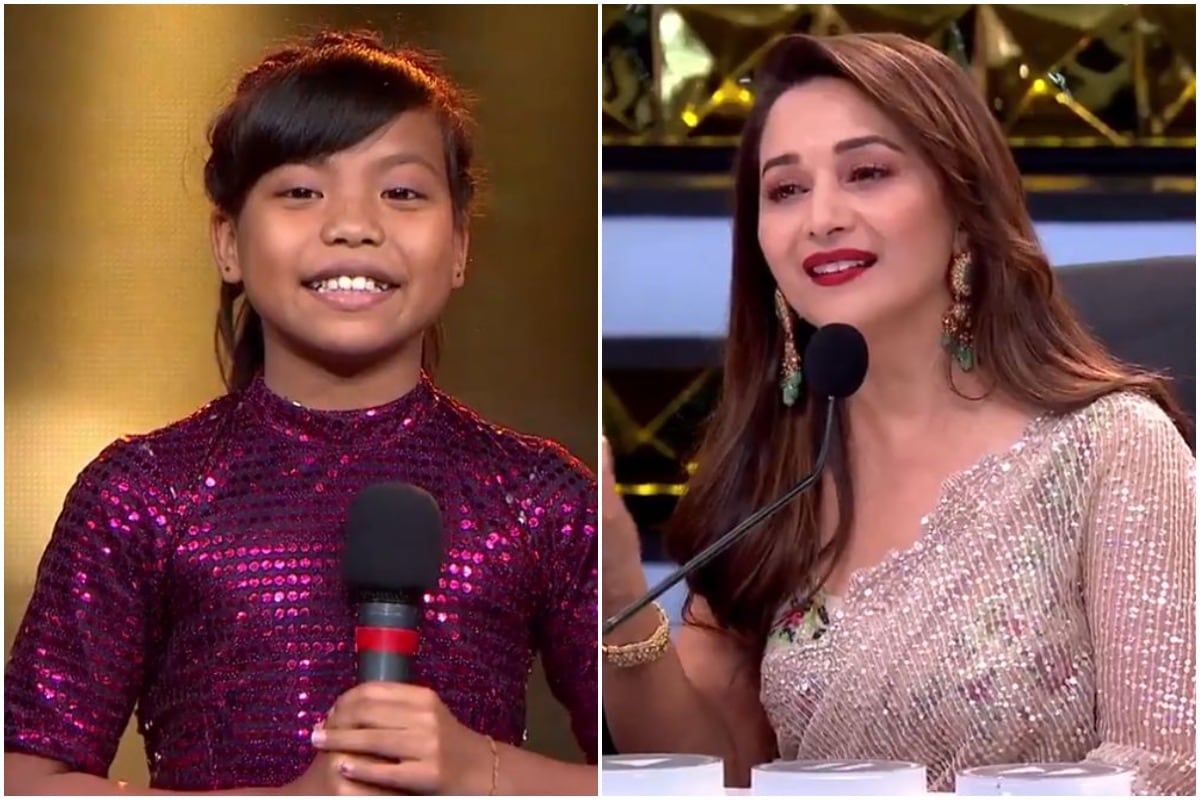 Dance Deewane 3: Madhuri Dixit gets emotional after listening to the sad story of Contestant, VIDEO viral

These days, the Colors TV show ‘Dance Deewane Season 3’ is entertaining people a lot. Along with the judge, people are also getting emotional by listening to the stories of the Struggle of the Contestants and are appreciative of their talent.

New Delhi Dance reality show ‘Dance Deewane 3’ is in the discussions these days. Contestants are coming from far and wide in the show, everyone is speechless after seeing the talent. This dance reality show has witnessed a lot of dance obsession in many contestants who came to audition, it is truly worthy-a-compliment. Richika Sinha, who came from Assam, gave such a great performance on the song ‘Bahta Hai Mana Kabhi’ on the stage of Dance Deewane that no one could stop herself from praising them. Madhuri Dixit, Tushar Kaliya and Dharmesh are judges of this season 3. This show is being hosted by Raghav Juyal instead of Arjun Bijlani.

Reachika Sinha performed a contemporary dance on the song ‘Bahta Hai Man Kahin’. All three judges who stood around this performance stood up and played applause. When Tusshar asked his performance as Outstanding, who asked Reichika to come with him, he told that his mother had come with him. Rechika’s mother is a security guard. When asked by the judges, Reichika said that when her mother does not stay at home, what work she does all day. Ritchik said that she misses her mother a lot.

Rechika told that she does all the household work from cooking to such a young age. Rechika’s father is the driver. Right now their situation in the house is very bad, so Rechika wants to move forward in life, fulfilling her mother’s dream. Hearing this, the emotional mother embraced Reichika. Hearing Reichika’s story, everyone on the stage became moist. Madhuri Dixit gave the title of Butterfly to Chhoti Rechika, who went to the front round of Dance Deewane 3. At the same time, Dharmesh said that he likes him very much and Tusshar said that Rechika has surprised him with his performance.