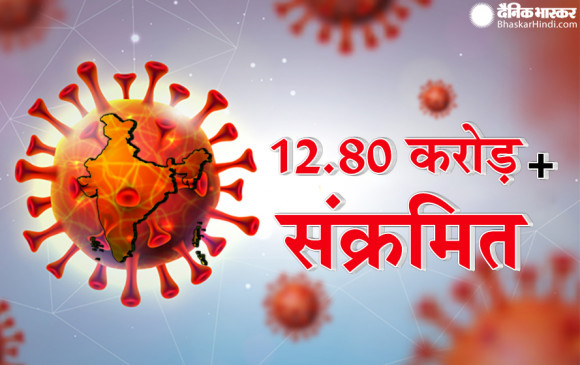 Covid-19 India: The impact of the second wave began to decrease in the country, one and a half lakh patients appeared in 24 hours, 3 thousand died

Digital Desk, New Delhi. The major impact of the second wave of Coronavirus has been seen all over the world. However, the good news is that the impact of the second wave of Covid-19 infection is now starting to decrease. In India, where the number of new cases per day had crossed the four lakh mark, it has now come down to near one and a half lakh. Talk about the last 24 hours, there have been 1,52,734 new cases of Kovid-19. After which the total number of cases has gone up to 12 crore 80 lakh 47 thousand 534.

According to the latest data released by the Ministry of Health and Family Welfare, 1 lakh 52 thousand 734 new cases of coronavirus have been reported during 24 hours. At the same time 3 thousand 128 people have died. However, the good thing is that in the same time 2 lakh 8 thousand 022 people have been cured of this disease. With this, the total number of people who have recovered from the disease in the country has gone up to 2 crore 56 lakh 92 thousand 342. However, currently there are 20 lakh 26 thousand 092 active cases.

What the figures say
According to the data, the number of active patients of Kovid-19 is 7.22 percent of the total cases. At the same time, the national rate of recovery of patients has also increased to 91.60 percent. Whereas the death rate from Kovid-19 is 1.17 percent.

The rate of new cases coming daily is now 9.07 percent, which has remained less than 10 percent for seven consecutive days. At the same time, the weekly rate of infection has also come down to 9.04 percent.