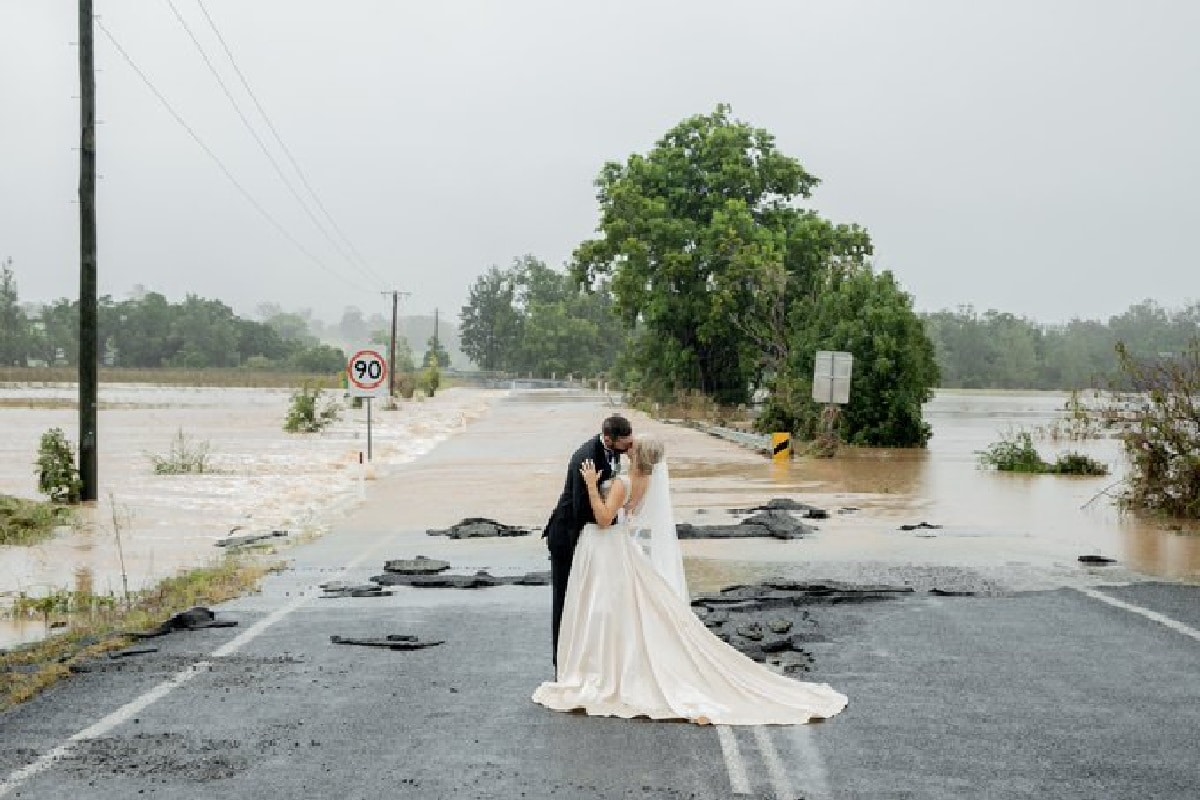 Couple married in the midst of flood, airlift done to bid farewell to bride

In Australia, a wedding video is becoming increasingly viral on social media.

The vivacity of the marriage was so severe that even a severe flood could not stop the couple. This couple from Australia not only got married amidst the floods, but also made the final kiss. After this, the bride was airlifted.

new South Wales. Every person has different fantasy about marriage. If someone wants to have a destination wedding, then someone wants to take seven rounds with Shan-o-Shaukat in a traditional way. Meanwhile in Australia, a wedding video is becoming increasingly viral on social media. They got married in the midst of a severe flood and Bride Had to be airlifted to bid farewell.

There is a huge flood in Australia these days, in such a situation there is a havoc on all sides. New South Wales has been raining heavily in the last few days amid floods. 18 thousand people have had to be evacuated due to bad weather. Meanwhile, a couple Kate Fotheringham and Wayne Bell were to be married.

Update, I made it to the church and married the love of my life! Affinity Helicopters in Port Macquarie came to the rescue and made sure we all got there. This is the bridge that blocked us from making the 5minute drive into town! What a day! #fotherbellwedding #floodwingham pic.twitter.com/u7OlsFsTjQ

According to the report, the wedding was scheduled to take place in Wingham, Mid North Coast on 20 March, but they were trapped in the flood waters at home from all four sides. Both did not want to postpone the marriage. So decided to get married in the flood itself. Seeing herself surrounded in flood waters, Kate sought help via Twitter and reached out to her in time.

This church was just five minutes away from the couple’s house, but they were not able to reach here due to floods. Eventually, they got married on time. Then the final kiss took place and after this they were rescued with helicopters.