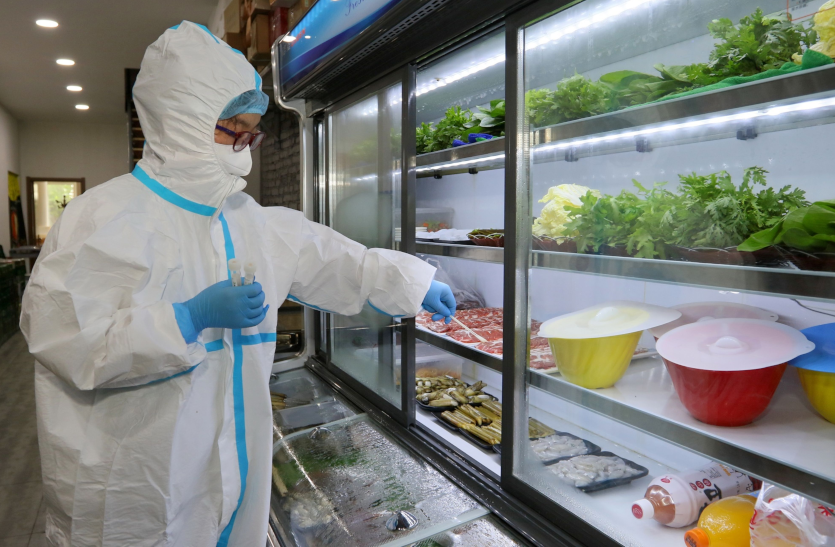 Wuhan Chinese health officials said that of 2 imported frozen food packaging samples, the Kovid-19 test positive has come up in Wuhan, the capital of Hubei Province. The origin of the new coronavirus is believed to be from Wuhan itself in December 2019.

As soon as their Kovid-19 positive arrived, local authorities took emergency measures to seal and store imported frozen goods and to disinfect the environment around them.

The imported batch of frozen pork consisted of 1,527 boxes, which were shipped from Brazil to Shanghai on 28 June. Their weight is 27.49 tonnes. They were brought to Wuhan on 27 July and housed in a local cold storage on 29 July.

While 1,210 boxes of frozen beef weighed 26.93 tons, it was sent to Tianjin Municipal Corporation on 2 March, which reached Wuhan on 28 March.

It states that two samples were taken from frozen beef from Brazil in a warehouse and from frozen stale fish from Vietnam in a warehouse. Then on December 5, after testing samples of frozen food for Kovid-19, at least 43 people were quarantined in Harbin, the capital of Heilongjiang Province.

Following these cases the State Council’s joint containment and control against Kovid-19 has also brought about plans to trace the entire range of imported cold-chain food. So far, 93,577 cases of coronavirus and 4,746 deaths have been confirmed in China.