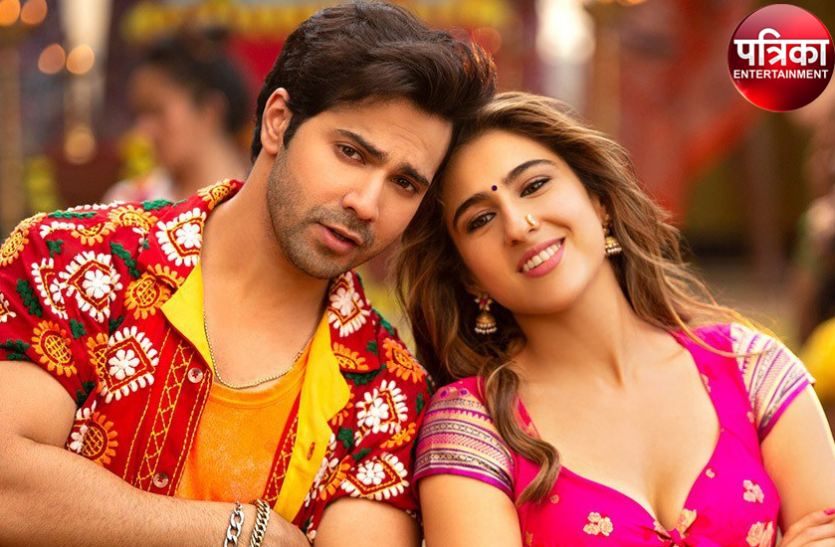 Dharmesh Darshan’s heart came on the story of Shashi Kapoor and Nanda’s old film Jab Jab Jab Phool Khile, he did not make a film with the same name, ‘Raja Hindustani’ (Aamir Khan, Karisma Kapoor). It filled new colors according to the age. Years ago, a similar feat was done by Mehboob Khan by making his ‘woman’ (1940) in the name of ‘Mother India’ (1957). ‘Raja Hindustani’ and ‘Mother India’ are examples that if reminisced, the remake could be better than the original. David Dhawan’s new film ‘Coolie no. While watching ‘One’, he repeatedly felt that if he tried to fill in some new colors in this way, then it was his 25 years ago ‘Coolie no. Could have been better than One ‘(Coolie No 1). But instead of doing something new, he again served the spices of the original film. For those who have not seen Govinda’s original film, this remake may be a bit tricky. It contains all the spicy spices for which David Dhawan was famous in the nineties and Manmohan Desai had a big name before him. Coolie no. Manmohan Desai is also remembered in the song during the title of ‘One’ – ‘Meri Maiya Mein Mein Maiya’, like Manmohan Desai’s films.

‘Insult is also good’
New coolie no. One ‘begins in a luxurious bungalow, where the father-in-law (Sara Ali Khan)’ s aristocrat father (Paresh Rawal) is watering the family of a boy who has come for a relationship. He needs such a rich family for his daughter, who also goes on a chartered plane to buy vegetables, and which many countries come to ask for loans. After listening to the rejected boy’s mother, she says – “You have insulted us.” Paresh Rawal comes in his own style of ‘Baburao’ – ‘I too know dishonesty is good today.’ Further the same story that his daughter gives heart to a porter (Varun Dhawan). The porter marries him as a great nobleman. But how long will his lie be hidden?

No need to brain
In David Dhawan’s films, neither logic should be discovered nor mind should be stressed with ‘Ye Kya Hua, How Happened’. While relaxing the mind, laugh where you laugh and press the forward button where there is too much smoke. This feature is very good on OTT. Like the story, David Dhawan had nothing new to show here. To the tune of the songs, he has picked up from his old film. Filming a song is reminiscent of ‘Angne Mein Baba’ of his ‘Aankhen’. The tunes of ‘Bade Miya Chhote Mian’, ‘Raja Babu’ and ‘Twain’ are also played throughout the film.

Govinda was a more comfortable porter
Of course, Varun Dhawan does not seem very comfortable in the character of Coolie like Govinda of the original film, but his performance is fine. Especially in ‘Tujhe Mirchi Lagi’, ‘Hat Jaa Saamon Teri Bhabhi Khadi Hai’, ‘Mummy Kasam’ and ‘Goria Chura Na Mera Jiya’, she is unwell with Sara Ali. Sara Ali had nothing special to do. David Dhawan danced as much as he showed the key. Paresh Rawal tickles some place even after being over, but when Raghuveer Yadav is over, the matter is out of tolerance. The work of the rest of the artists is fine. Yes, in one scene when Javed Jaffrey says – ‘My self-respect is my pride’, I do not understand what you want to say.

Varun runs twice in front of the train
This film shows you the disciplined coolies of the railway with the blushing washed red kurta and white pajamas, which will not be seen at any station across the country. Everyone is perfect in dancing too. On the platform, Panjim Express is standing on the platform and the coolie is here with Varun Dhawan. David Dhawan does not want to give up trying any formula on his son. On the lines of Aamir Khan of ‘Ghulam’, ‘Coolie no. In One ‘, he made Varun Dhawan race not once, twice before the train coming from the front. Clap, as you are watching David Dhawan’s film.