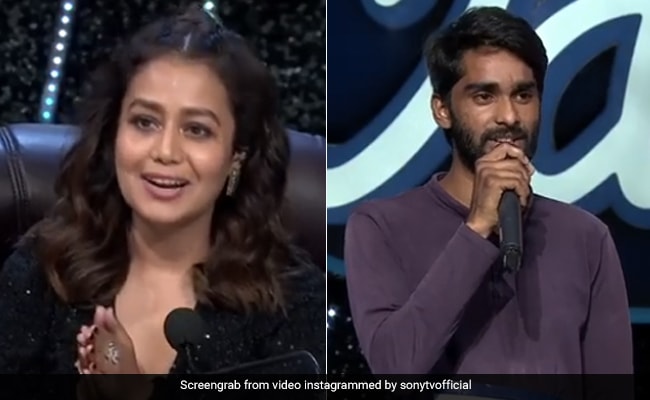 Contestant narrates the story of poverty in Indian Idol, then Neha Kakkar gave one lakh rupees in gift … View Video

Neha Kakkar has rocked social media these days. Sometimes his pictures and videos are becoming fiercely viral. Neha Kakkar will soon be seen as a judge in Indian Idol 12. A video clip related to this show is also going viral on social media. It can be seen in the video that a contestant Shahzad Ali tells the story of his poverty, after which Neha Kakkar declares to give him one lakh rupees.

Ryan, father Ritesh Deshmukh shared some fun on the birthday and sometimes showed a mop in the house

This video related to Neha Kakkar is becoming very viral on social media. It can be seen in the video that Contestant Shahzad Ali told that he works in a small cloth shop in Jaipur to make a living. His mother passed away in childhood, after which Nani brought him up. On this, Judge Vishal asked how did you come here from Jaipur and got the answer, Nani has taken a loan from the bank. Neha Kakkar further asked how much loan, so Shahzad told 5 thousand rupees. Neha Kakkar declares her help after listening to the contestants.

Priti Zinta seen playing with her husband in the snow, hit the head with a snowball – watch video

Sony TV has shared this video clip. In the video, it can be seen further that Vishal Dadlani also sees Neha Kakkar (Neha Kakkar) helping him to meet him with a good teacher. Let us know that Indian Idol 12 is ready to be aired on Sony TV from 28 November. The trio of Neha Kakkar, Himesh Reshammiya and Vishal Dadlani are going to be seen in the show as a judge this season.