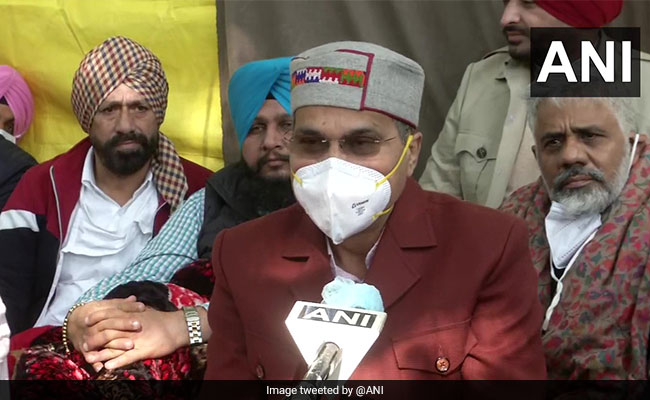 Congress angry at PM Modi, said- PM does not dare to talk to farmers face-to-face

Prime Minister Narendra Modi (PM Modi) on Friday put the installment of Kisan Samman Nidhi scheme in the account of farmers and addressed the farmers. The opposition party Congress (Congress) has reacted sharply to PM Modi’s speech. Congress leader in the Lok Sabha, Adhir Ranjan Chaudhary, said that the condition of the farmers is disturbed due to Corona. His movement is going on and he is not being respected by Modi ji.

According to the news agency ANI, the Congress leader said, “Modi ji does not have the courage to talk to the demonstrating farmers face to face and find a solution. The government is talking about putting 18,000 crore rupees directly in the farmers bank account. You go See, this money does not go into the account of thousands of farmers. The middleman is alive in the middle. “

He said that Modi ji says that money goes directly into the account without middlemen, but it is not so, thousands of farmers are still deprived. Money goes to the account of 50,000 farmers and then notice comes back, you have been given by mistake.

Modi Ji doesn’t have the courage to talk face to face with the protesting farmers. Govt talks about Rs 18,000 cr being directly transferred to bank accounts of farmers. But, I want to say that middlemen still exist & the entire amount doesnt reach farmers: AR Chowdhury, Congress pic.twitter.com/d0SjCW5D87

Adhir Ranjan Chaudhary asked PM Modi, “If you think about the farmers, why do millions of farmers are sitting under the open sky. Will the sky be broken by changing the law. 20 farmers have died. So stubborn Why are you. “

Chaudhary said that discuss it in Parliament, not in speech. You call the house Come there and answer. He alleged that you bring all the ordinances during the Corona period, to loot the farmers. “