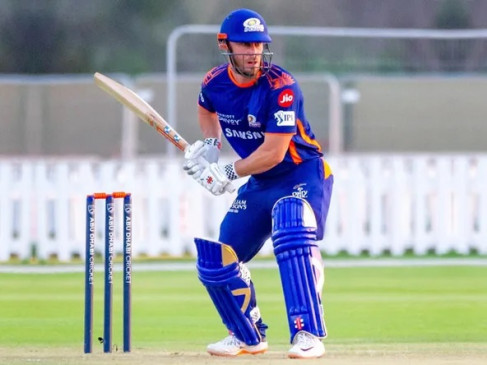 Digital Desk, New Delhi. Many players from Australia who have played IPL in India are worried about the second wave of corona infection. Mumbai Indians (MI) player Chris Lynn has made a special request to Cricket Australia (CA) after players like Andrew Tye, Adam Jampa and Ken Richardson left the tournament. Concerned about the repatriation, the Australian player has requested Cricket Australia to arrange a special aircraft.

Indeed, Australia on Tuesday announced a temporary ban on direct passenger flights from India until 15 May. Australia’s PM Scott Morrison has taken this decision due to the worsening conditions of Corona in India. Talking on this, Chris Lynn’s statement has come out.

Kiss Lin told News Corp Media, ‘Cricket Australia takes 10 per cent of every IPL contract. So can CA spend that money on charter flights after the tournament is over this year …? I know we are in a worse situation than we are, but in reality we are going through a tough bio-bubble. Also getting vaccinated next week. So it is expected that the government will arrange a private charter plane for us.

We are not asking for shortcuts
“We are not asking for shortcuts and we have decided to stay in the tournament after knowing the risks,” Lin said. But it would be great to return home as soon as the IPL is over. He said, ‘IPL is being played in bio bubble and I feel comfortable in this environment. I have no plans to withdraw from the IPL at the moment. Obviously there is no good situation in India at this time, but we are giving people a few moments to smile by playing in this tournament.