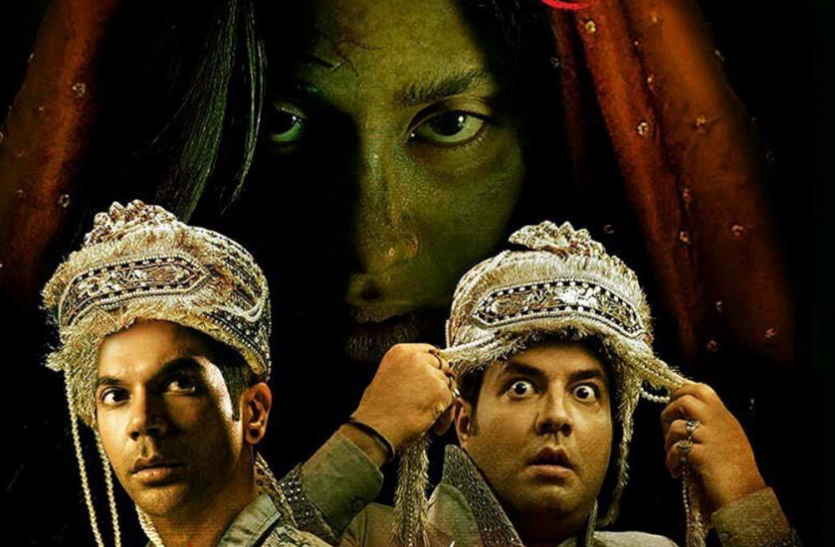 -Dinesh Thakur
The lion of Khamosh Ghazipuri is – ‘Age should live in the forests, it is not necessary / Every Shabe-gum (night of sorrow) should be in the morning (morning), it is not necessary.’ On the same lines, it can be said that other films that make a horror film as ‘Stree’ (2018) should also be made the same, it is not necessary. Dinesh Vision was the creator of ‘Stree’. The producer of ‘Roohi’, which was released on Thursday, is also the same. In a film, nothing is produced just by the name of the producer, ‘Roohi’ is another example of this. There is no doubt that the story that was chosen had a fair amount of horror-comedy possibilities. But Hardik Mehta’s loose-knit direction dwarfed these possibilities. The weak screenplay completed the task. Its horror does not create any kind of fear, nor does comedy get laughs. The person who created them can be laughed at by the incident of the Base-Toe.

Strange practices in the era of smart phones
The story of ‘Ruhi’ is from a fictional area of ​​Bundelkhand. There are strange practices going on in this era of smart phones. There are ‘catchy marriages’. That is, any girl is kidnapped and married to anyone. There is also talk of ‘Mudiyaapari’ (backward witch) in the area. Rajkummar Rao is a crime reporter in a local newspaper of the same area and also commits ‘crime’ with his friend Varun Sharma to earn extra. He kidnaps the girl (Jahnavi Kapoor) of another village for a miscreant (human victory) in the greed for money. The reason is that it has a plan to get someone to ‘catch a marriage’. For some reasons, the marriage is postponed for a few days. Jahnavi is hidden in a ruined building. At the same time, it is revealed that Jahnavi is ‘Mudiyapairi’. He starts having seizures to scare people. When the tour does not take place, the entertainer also starts to entertain by dancing and singing (this is the second thing that the audience is still not entertained). Further the extent that Rajkummar Rao and Varun Sharma get together on this ‘Mudiyaapari’. Learners have said well that a man becomes blind in love. He can also give heart to a witch. The story of a beautiful woman crawling on the derailed track of two lovers reaches climax.

Also read: Janhvi Kapoor had to change her clothes in a moving vehicle, shared her picture and told her

Plenty of arguments were blown
Plenty of arguments have been blown in the film. What would not have happened anywhere, it was tried to show them by adding salt and pepper, but still the flavors could not be produced. Photography is definitely good. Work has also been done on other technical frills. If so much hard work was put on the screenplay and direction, perhaps that thing would have been created in the film, without which it seems faded. Rajkumar Rao is a good actor, but if he continues to spend his skill and energy in similar films, then the matter can go wrong. There was nothing special to do for Jahnavi Kapoor. They did not even try. Along with acting, they should focus on improving their pronunciation. Talking to only the dancing and singing will not make it. Manav Vij and Varun Sharma have over-acted with health.

ALSO READ: Janhvi Kapoor poses for a baby with an assistant’s baby in her arms, mother Sridevi’s upbringing is getting a lot of praise

Dance songs only for Khanapurti
Background music is good. The dance-songs are of recruitment. These give a further jolt to the already faltering story. There was a lot of jumla of ‘woman’ – ‘O woman come tomorrow.’ After seeing ‘Roohi’ along the same lines, it can be said – ‘O Roohi Phir Kabhi Kabhi Do Aana’ (This time I have withstood, that’s enough).