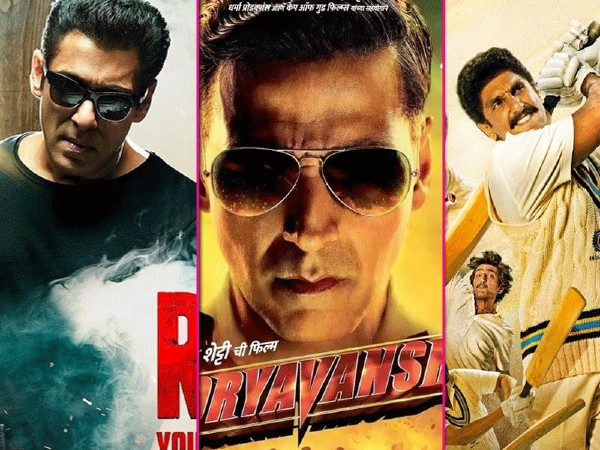 Debut at the box office?

Fans are laying eyelashes waiting for Kabir Khan’s 1983 World Cup winning film. That is why Kabir decided not to release the film on OTT. Because watching this film will be very emotional for the audience. After the theater opens, the film is believed to be released on Holi. In such a movie 230 – 250 crores Could have earned Or maybe more.

By the way, the release date of Suryavanshi is being told 2 April 2021, but if 83 does not come on Holi, then this date will be booked for Suryavanshi. Rohit Shetty’s film may be the biggest film of this year. It is believed that the film will start the 200 crore club, but if all goes well, then it can take entry in the 300 crore club.

Salman Khan’s Radhe was to be released on the last Eid with Akshay Kumar’s Lakshmi. Now Radhey is coming on Eid 2021. Now see one thing of the 100’s that even a flop film like Salman Khan’s Race 3 gets 150 crores. In such a situation, this film will also earn up to 130 – 150 crores.

After the success of Satyamev Jayate, John Abraham will be on screen with Satyamev Jayate 2 on Eid. Now, it is a matter of courage to give a fight to Salman Khan. If the film had been released on another day, this film would only be based on patriotic dialogues. 80 – 100 crores Could have earned But after collision with Radhe, at present, this figure can go down.

The ground is not empty on Dussehra

SS Rajamouli’s much awaited film RRR is releasing along with Maidan. South films have been dominated in Bollywood after Bahubali. In such a situation, RRR is also expected to earn more than 100 crores. But Ajay Devgan’s clash with Maidan could have an impact on the film’s Hindi earnings.

This film by Alia Bhatt is a very ambitious project of Sanjay Leela Bhansali. The film may be released on Diwali. And where did Sanjay Leela Bhansali believe in earning less. It is believed that the film will be a part of 200 crores club. After this 220 – 230 Crore Could have gone till

Alia Bhatt’s Gangubai is about to clash with Shahid Kapoor. After Kabir Singh’s success, Shahid Kapoor’s craze rose from the head of the audience. Kabir Singh was the biggest film after War in 2019. But after the clash from Gangubai, the jersey is only expected 60 – 68 crores Can earn up to Rs.

Akshay Kumar’s Bell Bottom will be released in theaters, it is certain but when it will be released, it is not decided at present. Since the film is a spy thriller, its box office will largely depend on the word of mouth. But in the name of Akshay Kumar, the film will take entry in the 100 crore club.

Last bang of the year

Aamir Khan’s Lal Singh Chadha will be the last blast of this year. Aamir Khan – Kareena Kapoor Starrer Salman Khan will have love in this film and also Shah Rukh’s secret. In such a situation, the film will earn hugely, all are expected. It may be the only one in 2021 300 crores Be the film.