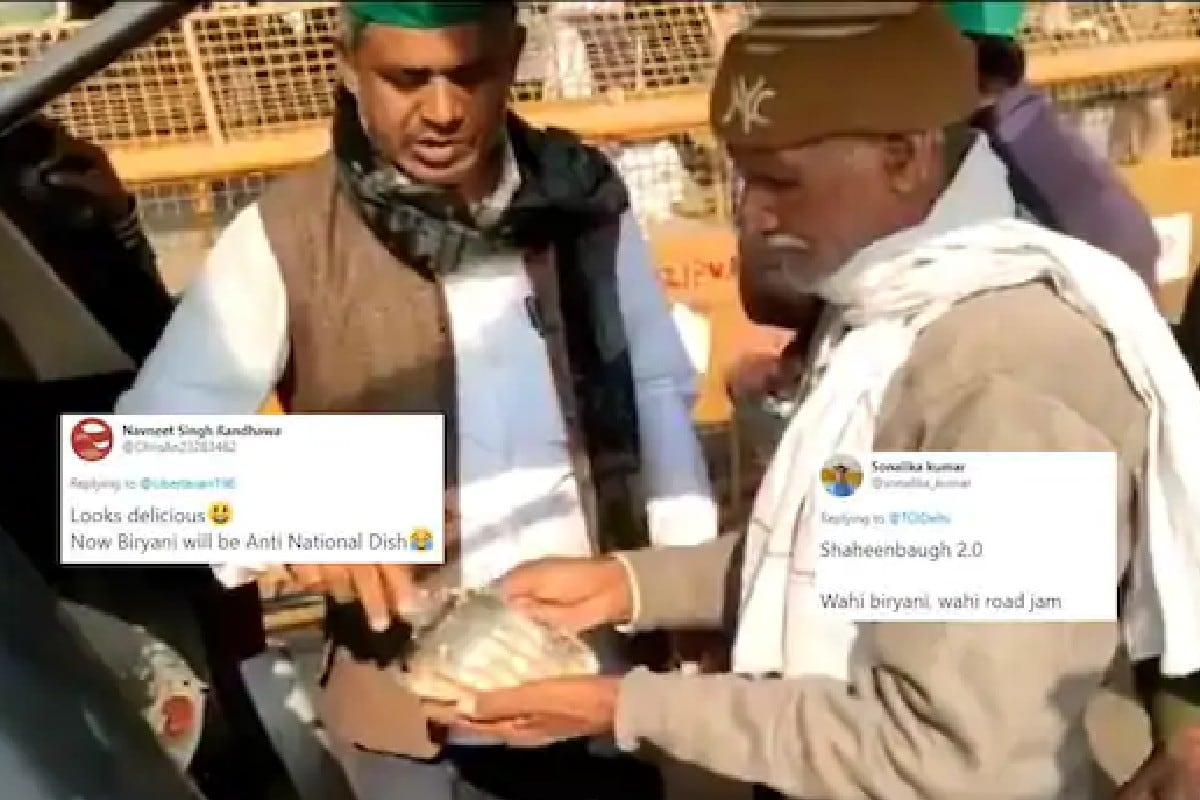 Jay December 2, 2020December 2, 2020
new Delhi. There was several weeks of protests and protests against the Nagarikita Amendment Act (CAA) at Shaheen Bagh in Delhi. During this time, the protest of women had become a topic of discussion, especially among the Biryani people and in social media. Now this dharna has been completed for almost 1 year, but Biryani still continues to be a topic of discussion in between.In September, UP Chief Minister Yogi Adityanath accused Delhi Chief Minister Arvind Kejriwal of feeding biryani to Shaheen Bagh protesters. In the protest against CAA, such things were also revealed that Biryani is being used as a daily wage.

Now videos of things like biryani being served among farmers who are opposing agricultural laws on the borders of Delhi are becoming viral on social media. There are also allegations that anti-nationals and people of Khalistani ideology are provoking these agitator.Videos of rice being served among farmers are becoming viral on social media at this time. In them, those dishes are being called Biryani. In such a situation, it is once again being called anti-national food.