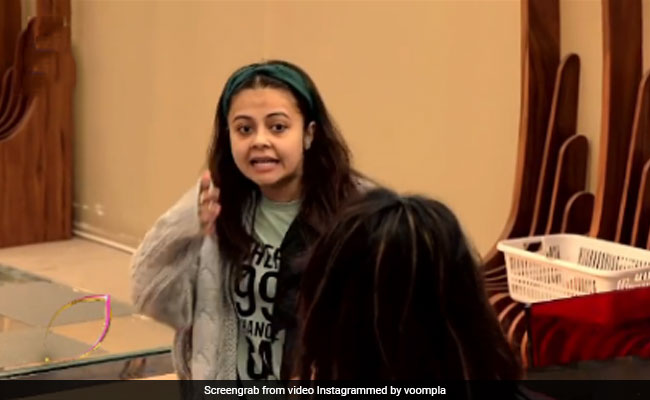 Bigg Boss 14: Devoleena Bhattacharjee told Abhinav about Arshi Khan- how do you handle this …

Devoleena Bhattacharjee told Arshi Khan to be rude at home

The promo video of the latest episode of Bigg Boss 14 is becoming very viral in which Devoleena Bhattacharjee (Devoleena Bhattacharjee), playing on the proxy of Ejaz Khan, is seen raining heavily on Arshi Khan. In the promo video, you can clearly see that Devolina tells Arshi that you do not do this inappropriately at your house. Your householders will tolerate your bad things, I will not. After saying this, Devolina looks at Abhinav and says how do you tolerate this maniac. Let me tell you that this whole incident is of the kitchen.

Let me tell you that Bigg Boss 14 is very close to its finale and because of this, every episode of the show is becoming very interesting day by day. Recently, Mouni Roy reached the show where she asked many interesting questions from the contestants. Rahul Vaid was asked who you would like to marry, so he took the name of Rubina Dilac, which surprised the rest of the house, while a video of Rakhi Sawant came out in which she cried saying that you did very bad to me. Is Abhinav, my heart is saying yes and mind is saying no. Why is my hand trembling Big Boss. It can be seen in the video that Rakhi Sawant is crying bitterly. However, it will only be known in the upcoming episode of Bigg Boss what Rakhi Sawant decides.