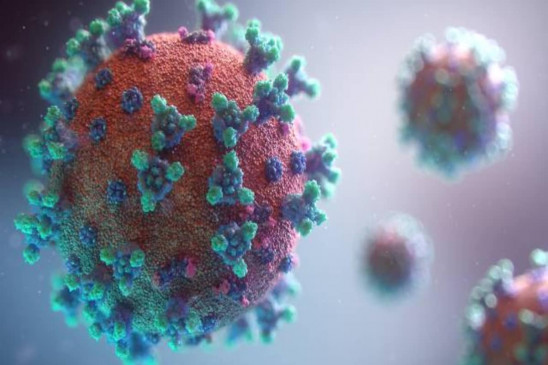 Big warning from American experts, do not trace the origin of Kovid-19 or else be prepared for Kovid-26 and Kovid-32.

Digital Desk, Washington. Two US experts have given a big warning about coronavirus. According to a report by the American media company Bloomberg, scientists asked to find out the origin of Kovid-19 or be prepared for Kovid-26 and Kovid-32. He also said that the world needs the cooperation of the Chinese government to trace the origin of Kovid-19 and prevent the dangers of future epidemics.

Virus leaked from Wuhan lab of China
Scott Gottlieb, who was commissioner of the Food and Drug Administration in the US Donald Trump government, and Peter Hoyts, co-director of the Children’s Hospital Center for Vaccine Development in Texas, have warned. Gottlieb said that the SARS-CoV-2 virus leaked from a laboratory in Wuhan, China, has confirmed the information that is being received in support of this theory. He said that China has not provided any evidence to refute this theory. At the same time, no evidence has been found that the virus has come from wildlife.

Fear of future Kovid-26 and Kovid-32
At the same time, Peter Hoyts said, because of not knowing how the corona spread, the risk of epidemics in the future has increased. If we do not fully understand the origin of Kovid-19 then in future Kovid-26 and Kovid-32 may also happen. Hoyts said that scientists should be allowed to conduct long-term investigations in China and take blood samples of humans and animals. The US should pressurize China to allow the investigation. “We need a team of scientists, epidemiologists, virologists, bat ecologists in Hubei province for a period of six months, year,” said Hoyts.

America is investigating
Last year, when Donald Trump was the President of the United States, he said many times that the virus came from China. The virus originated from the lab of China itself. However, he did not present any evidence regarding this. Current President Joe Biden has asked US investigative agencies to find out in 90 days. Biden states that in March, he asked to prepare a report on the origin of the corona. He received this report this month. Only after seeing this, they have decided to conduct this investigation.

Explosive study of UK scientists
In the past, an explosive study of British scientists was also revealed. In this study, it has been claimed that Chinese scientists created the virus in Wuhan’s lab. It then attempted to cover the track through a reverse-engineering version of the virus to make it look as if the virus originated naturally from bats. The SARS-CoV-2 virus has no “reliable natural ancestor” and was created by Chinese scientists on the ‘Gain of Function’ project in the Wuhan lab, the Daily Mail reported on Sunday, citing a new research paper. Were working This research paper has been prepared by British Professor Angus Dalgleish and Norwegian scientist Dr. Birger Sorensen.