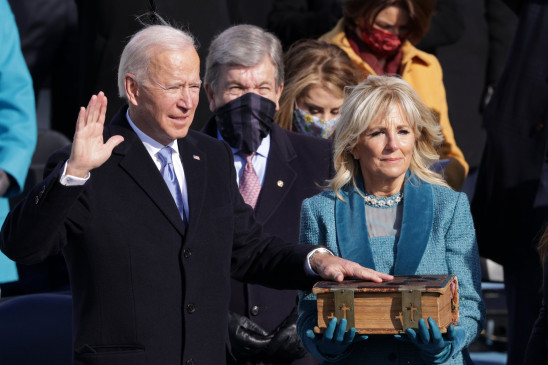 Biden Oath: Joe Biden became the 46th President of the US, Kamla Harris, the first woman Vice President of India

Digital Desk, Washington. The United States, one of the world’s largest forces, officially took power in the United States on Wednesday and passed on to Democrats. Democrat Joseph R. Biden Jr., Joe Biden, was sworn in as the 46th President of the United States. In his first speech as President, he said that it is America’s day. It is a victory of democracy and a time for celebration. New history is being created. Please tell that Biden became the oldest President in American history. He is 78 years old.

That means the beginning of the Biden era in America. Indian-origin Kamala Harris was sworn in as the 49th Vice President of the United States along with Joe Biden. Kamala Harris, 56, made history with this. She is the first woman, black and vice-president of India. The oath taking ceremony took place in Capitol Hill. Former US presidents George Bush, Bill Clinton and Barack Obama attended the ceremony. The ceremony took place in the US amid tight security. For this, around 25 thousand National Guards were deployed in the US capital.

Biden took the 46th presidential oath
Joe Biden has also taken the oath of office. He was sworn in by Chief Justice John Roberts. With this, Joe Biden became the 46th President of the United States. 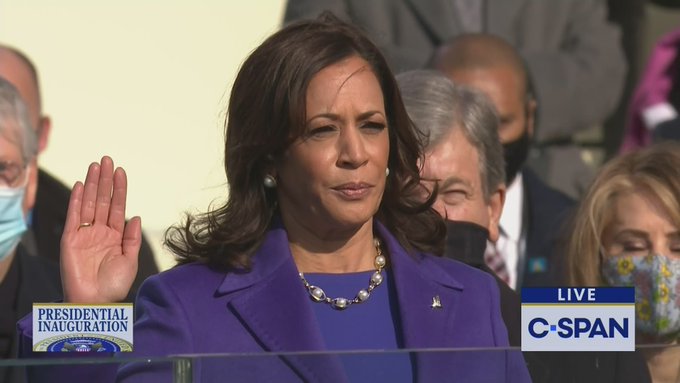 Today is the day for democracy to stand up again
Democrat Senator Amy Klobuscher from Minnesota welcomed those present at the event. He said that this ceremony is the result of a 244-year journey of a democracy. He said that today’s count is when our democracy will rise up itself, dust its dust as America does every time.

On the go, Trump was given another pardon
Donald Trump, in his final moments as president, sealed another person’s pardon. Today, President Donald Trump gave a full pardon to Albert J. Piro Jr., Deputy Press Secretary Jude Deere said in a statement. The associate judge from Piro Trump is the former husband of Jineen Piro.

Strict security arrangements were made
Let me tell you that special vigil was taken on the situation after the demonstration in the US Parliament Capitol Hill by the supporters of the outgoing President Donald Trump. Strong security arrangements have been made about this. Chief Justice John Roberts will administer the oath of office and secrecy to the West Front of the Capital Building (Parliament House) at 12 noon (local time).

PM Modi congratulated Biden
Prime Minister Narendra Modi tweeted and congratulated Joe Biden. He said my heartiest congratulations to Joe Biden on taking over as President of the United States. I hope to strengthen the Indo-US strategic partnership by working with him.