Akshay Kumar starrer ‘Bell Bottom’ has spent two days in theatres. The release of this film in theaters after a long lockdown is considered to be a special opportunity for the box office. But the performance of the film has been very slow in terms of collections. Let us tell you, the film has earned around 5 crores at the box office in two days.

While the film gave an opening of 2.75 crores on the first day, on the second day i.e. on Friday, Bell Bottom has earned around 2.40 crores. If trade pundits are to be believed, looking at the current trend, the film will be able to reach maximum 12-13 crores by the first weekend.

Akshay Kumar, Vaani Kapoor, Lara Dutta, Huma Qureshi starrer Bell Bottom has released across 1620 screens in India. Whereas in overseas the film has been released in about 225 screens. Let us tell you, in the overseas market, the film has collected 20.18 lakhs from North America. 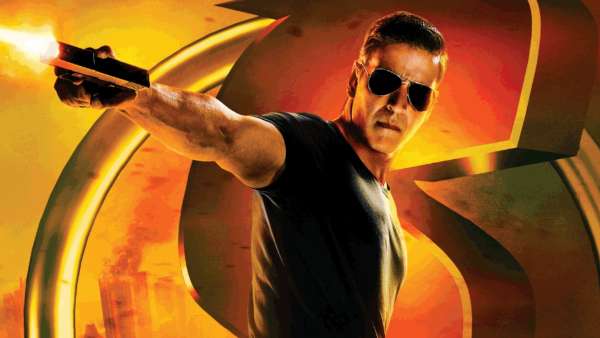 After Bell Bottom, Akshay Kumar’s statement about the big screen release of ‘Sooryavanshi’

However, somewhere or the other, the eyes of the entire industry are on ‘bell bottom’. Hopefully after this more producers-directors will be able to dare to bring the film to the big screen instead of OTT.

In almost every state of the country, the film has opened with 50 percent occupancy and night shows have not been started. At the same time, cinema halls in Maharashtra are still closed. In such a situation, the film has suffered a lot.

Bell Bottom is released on Thursday. So, if the film continues at this pace, then the total collection of the film can reach 12-13 crores by the first weekend.

According to the reports, the film is made on a huge budget, which is around 100-120 crores. So, the film will have to earn at least up to 200 crores to be a hit.

Talking at the box office of the film, Akshay Kumar said that at such a time, if this film gives a lifetime collection of up to 30 crores, then it will be equal to 100 crores for me.

Due to Corona, a large section of the audience is still not wanting to go to the theater. At the same time, cinemas are still not allowed to open after 8 pm in almost all cities. Also, single screen theaters are still not opened in many cities. Many were closed during the Corona period. So, now the collection depends on the multiplex audience only. The film’s earnings are being affected by all these things.