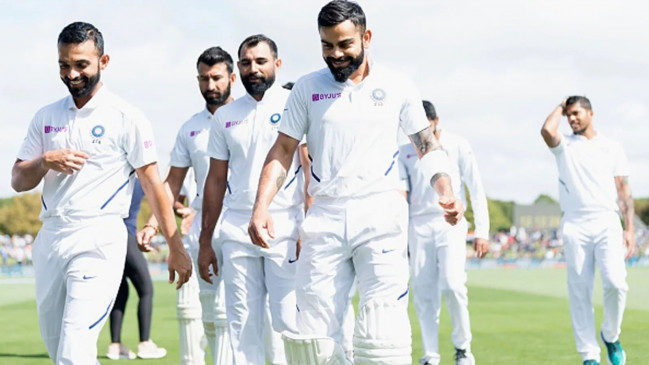 Digital Desk, New Delhi. The Board of Control for Cricket in India (BCCI) has given strict instructions to the players visiting England. According to the news of the Indian Express, the BCCI said, “If their Corona Test positive comes to Mumbai before going on a tour of England, then they consider themselves out of this tour.” In such a situation, Indian team physio Yogesh Parmar has advised the players to try to keep themselves isolated till they reach Mumbai.

The players, support staff and their family members going to England will have an RT-PCR test on the first day of check in at the hotel. Team India can enter the bio-bubble of Mumbai from May 19. After this, Virat Kohli’s team will have to remain quarantined for 10 days even after reaching England. The Indian team is scheduled to fly on June 2 to play the World Test Championship final against New Zealand. It will be followed by a five-Test series against England.

The board has asked the team members to take the first dose of the Covishield vaccine in India and the BCCI will arrange their second dose in England. Because the AstraZeneca vaccine available in England is only one version of Covishield, the BCCI will not have trouble providing a second dose to its players there.

Players like Virat Kohli, Ishant Sharma, Ajinkya Rahane, Cheteshwar Pujara and Umesh Yadav took their first dose of vaccine on Monday, while some players are scheduled to take them in the coming days. According to the news of the Indian Express, the BCCI has told the players that if they are facing any problem in getting the dose of the Kovishield vaccine, then they should inform about it. The board will arrange it for them.