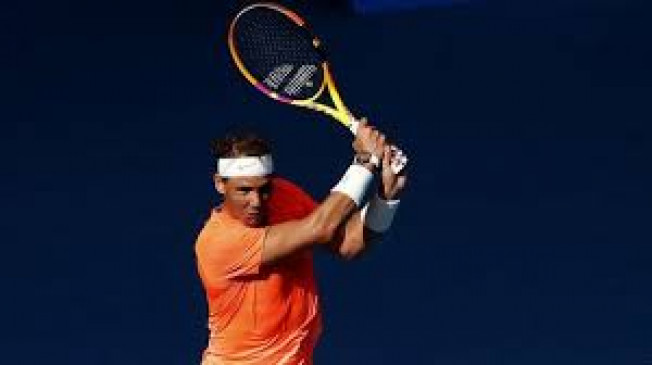 Australian Open: Nadal made it to the quarter-finals for the 13th time, Medvedev and World No.1 Barti also in the final 4

Digital Desk, Melbourne. World No-2 players Rafael Nadal of Spain and Denil Medvedev of Russia won the quarter-finals of the first Grand Slam Australian Open of the year on Monday by winning their respective fourth round matches. At the Australian Open, 2009 winner Nadal beat Fabio Fognini of 16th seed Italy 6-3, 6-4, 6-2 in consecutive sets in a two-hour, 16-minute match.

Medvedev will face compatriot Andre Rublev
Earlier in the men’s singles category, World Ranking number four Medvedev defeated McKenzie MacDonald of the US 6-4, 6-2, 6-3 in consecutive sets in a match that lasted an hour and 29 minutes. Made a place. Medvedev will face compatriot Andre Rublev in the quarter-finals. World number eight Rublev beat Norway’s Kaspar Rude to advance to the last eight.

Rublev won the first set 6–2 and the second set 7-6 in a match that lasted an hour and 17 minutes, but Rude retired from the match as soon as the third set began and Rublev made it to the final eight.

World No.1 Barty in quarter finals
In the women’s category, world number-1 women’s tennis player Australia’s Ashlegh Barty defeated America’s Shelby Rogers to reach the quarter-finals of the first Grand Slam Australian Open of the year, while world number five Elina Svitolina of Ukraine will compete The tournament was out after losing. According to a BBC report, Barty beat Rogers 6-3, 6-4 in a 71-minute match. Since 1978, no Australian female player has won the title of this tournament and Barty is headed in that direction. The 24-year-old Barty won the French Open title in 2019 and reached the semi-finals of the Australian Open last year, where she lost to Sophia Canin.

Earlier, America’s Jennifer Brody reached the quarter-finals by defeating Croatia’s Donna Vecich in the fourth round. Brady defeated Wekech 6–1, 7–5 in successive sets to advance to the quarter-finals in an hour and 34 minutes. Brody will face compatriot Jessica Pegula in the final eight. In another women’s singles competition, World Ranking’s 61st player Jessica Pegula beat Svitolina 6-4, 3-6, 6-3 in a match that lasted one hour and 55 minutes. Svitolina’s journey to the Australian Open singles ended with this defeat.