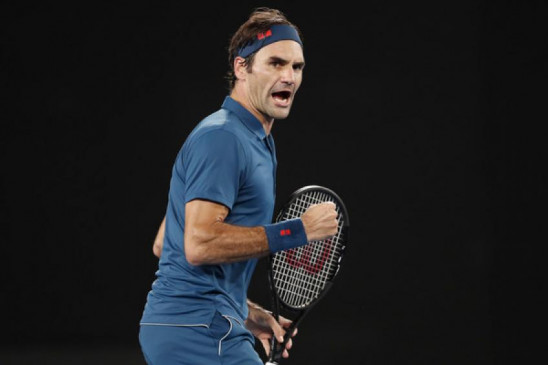 Digital Desk, Melbourne (IANS). Tennis giants Roger Federer and Serena Williams have confirmed to play at the first Grand Slam-Australian Open of the year. Apart from these two veterans, world number-1 women’s tennis player Ashlegut Barty and eight-time Australian Open champion Novak Djokovic of Serbia will also play in the first Grand Slam of the year from February 8 to 21.

Federer did not seem to be attending the Australian Open as he needed time to get fit after two rounds of knee surgery. But the Swiss player has started his training in Dubai and he is among the players who will come to Melbourne Park. Eight-time Australian Open champion Serena will have a chance to win the most Grand Slam titles in the women’s singles category in the tournament and to match Margaret’s record of winning 24 Grand Slam titles.

“The Australian Open this time will be different from the previous one,” tournament director Craig Tille said in a statement on Thursday. Safety of players is important for us. We have the opportunity to conduct this tournament in a safe environment. The players have missed the audience a lot this year.

Two-time champion Victoria Azarenka did not play in 2020 and is now returning. Apart from them, 19-year-old Inga Swiatek, who won the Roland Garros title in October, will also participate. A total of 104 players will get direct entry into the main draw of the men’s and women’s singles and eight will enter the tournament with a wild card.