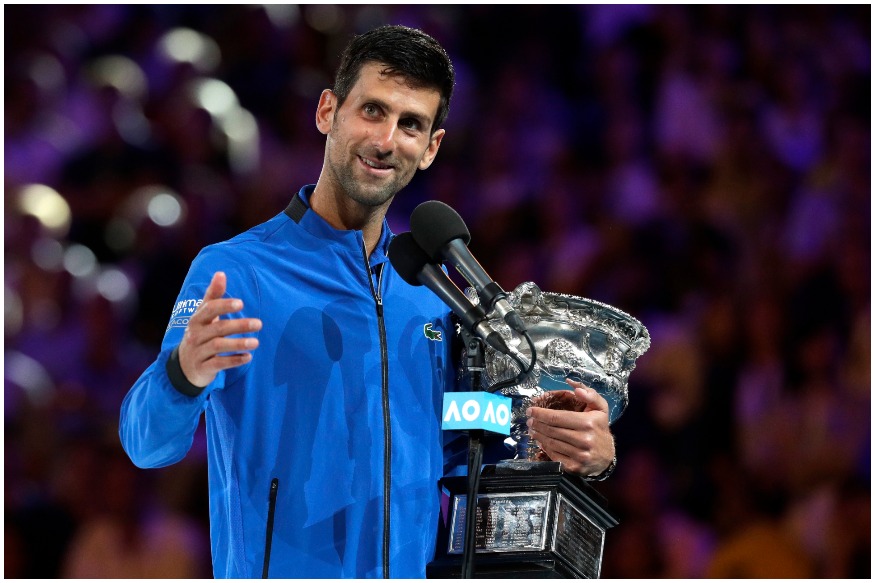 Jay May 8, 2021
Novak Djokovic lifted the Norman Brooks Trophy for a record seventh time by defeating Rafael Nadal by a margin of 6–3, 6–2, 6–3 in the 107th final of the Australian Open. But with this defeat, 32-year-old Nadal missed out on winning the title again at Melbourne Park after 2009 and his dream of winning all four Grand Slams twice in the Open era was shattered. Djokovic has become the player to win the most titles in the modern era. At the same time, Roger Federer has won this title six times. Djokovic hit a hat-trick of winning the Australian Open title for three consecutive times in 2008, 2012, 2013 after 2008. After this, he named this Grand Slam in 2015, 2016. This time, the competition between the two went on for about 2 hours and four minutes. While the last finals played at the Australian Open between the two in 2012, the record lasted five hours and 53 minutes. It was the longest and most spectacular final in Grand Slam history. Djokovic and Nadal have faced 16 times, of which Djokovic has won 13 matches. After losing to Djokovic and winning the Australian Open title for the second time, Nadal said in his statement after the match, “I only want to say one thing that I will continue my struggle.” I will try to be a better player. I believe that in these two weeks I have played excellent tennis. I want to thank my team. While recalling the struggle to recover from elbow surgery, Djokovic said, ‘I had surgery about 12 months ago. In such a situation, it is a great experience for me to stand with this title in front of you today. I am thankful to my team for supporting me, who stood by me during my worst days.

However, Djokovic has this 15th Grand Slam title and has moved up to third place in the list of most Grand Slam titles, surpassing Pete Sampras. Roger Federer has won the most 20 titles to his name. While Nadal has 17 Grand Slam titles in his name. If Nadal had won today, he would have come close to Federer, but it could not happen.

Novak Djokovic has won the Australian Open seven times, the French Open once, Wimbledon four times and the US Open three times.