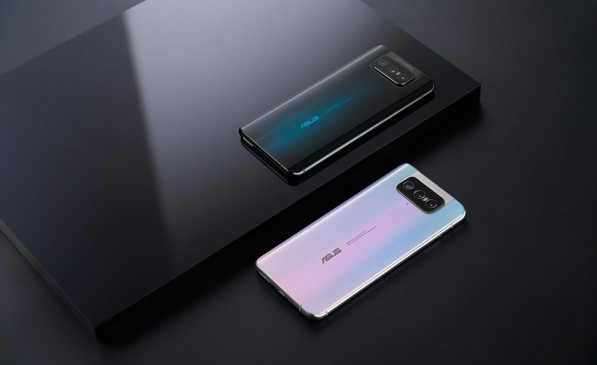 Digital Desk, New Delhi. Taiwanese technology company Asus (Asus) has launched new smartphones ZenFone 8 (Zenfone 8) and ZenFone 8 Flip (Zenfone 8 Flip) in India. Powerful processor has been given in both phones. Also, for photography, both have a 64-megapixel camera. Currently both smartphones have been launched in Europe. The company has not given any information about how long these will be launched in India.

Specifications of ZenFone 8
The ZenFone 8 smartphone has a 5.9-inch display with a 120Hz refresh rate, which offers a resolution of 1080 pixels. Dual rear camera setup has been given in this phone for photography. It includes a 64 megapixel primary sensor and another 12 megapixel ultra wide angle lens. While a 12-megapixel camera has been provided at its front for selfie and video calling.

For better performance, this smartphone has a Snapdragon 888 processor with 16GB of RAM. It has 256GB of internal storage. At the same time, a 4,000mAh battery has been provided in this phone for power backup, which supports 30W wired charging.

Specifications of ZenFone 8 Flip
The ZenFone 8 Flip smartphone has a 6.67-inch OLED display with a 90Hz refresh rate. For photography, this phone has a triple rear camera setup. It can be used in front and back. It includes the first 64 megapixel primary sensor, the second 12 megapixel ultra wide angle and the third 8 megapixel telephoto lens.

This smartphone has a Snapdragon 888 processor with 8GB of RAM for multitask. It has 256GB of internal storage. For power backup, this phone has a battery of 5,000mAh, which supports 30W wired charging.