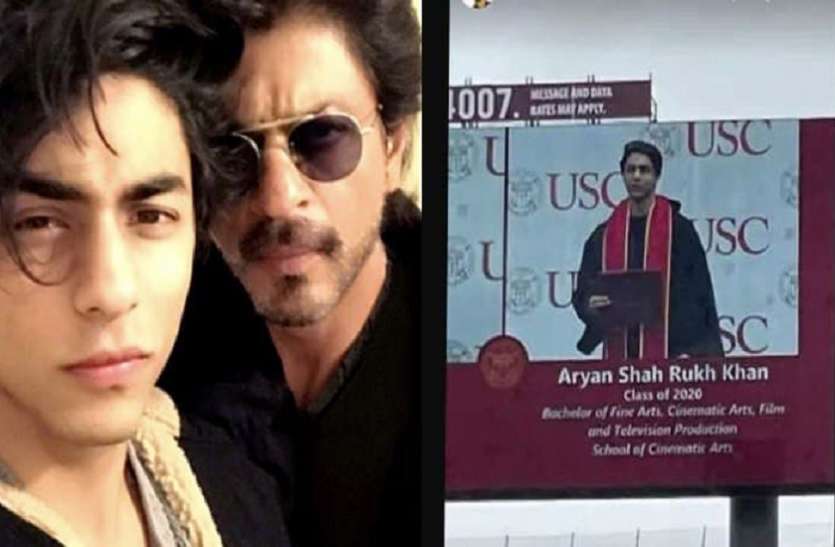 New Delhi. Aryan Khan, son of Bollywood superstar Shah Rukh Khan, is undoubtedly away from the industry, but he has dominated social media for one reason or the other. His son Aryan Khan one of the popular stars kids. Aryan sometimes makes headlines because of his looks and sometimes the party, but this time he remains in the discussions due to a different reason. The reason for this is some throwback pictures of him.

In these pictures, Aryan is seen wearing a black graduation rob. Also, the degree is visible in his hands. His full name Aryan Shahrukh Khan is visible. Together, ‘Bachelors of Fine Arts, Cinematic Arts, Film and Television Production, School of Cinematic Arts’ is being written.

By the way, let us tell you that Shah Rukh Khan has already made it clear in an interview that Aryan is not interested in acting. He wants to work in the industry not as an actor but as a director. At the same time, along with Aryan, people are also waiting for Suhana’s debut. Currently, Suhana is also pursuing a course in film production and acting in New York. Suhana’s Bollywood debut has been waiting for a long time.