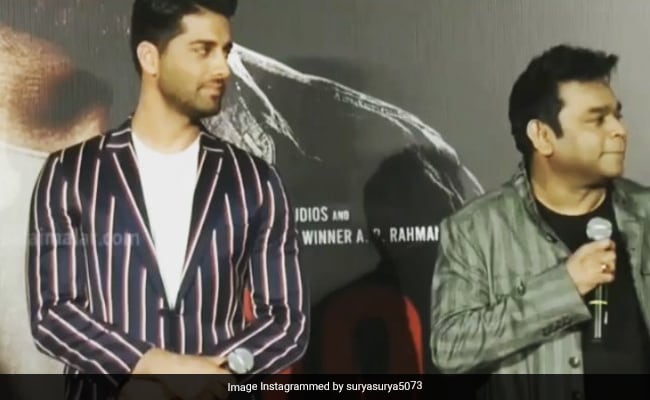 AR Rahman interrupted the anchor on introduction in Hindi, then said this thing … Watch Video

a R. Video of Rahman (AR Rahman) was viral

a R. Rahman (AR Rahman) is the most famous musician of the country. After his mastery in music, AR Rahman is also trying his hand in production. AR Rahman has brought ’99 Songs’, which is being released on the 16th of next month. Recently it launched audio in Chennai. During this time something happened, after which people started praising AR Rahman’s sense of humor. Actually, AR Rahman, who is always serious, said something to the anchor of the event, after which all the people present there started laughing.

This video of AR Rahman Video is becoming very viral on social media. In the past, the musician had a tweet about ’99 Songs’. He wrote in the tweet that he is very happy to tell him that ’99 Songs’ will be released on 16 April 2021 in Hindi, Tamil and Telugu languages. The film stars Ehan Bhatt and Edisley Vargas in the lead roles, while the film is directed by Vishwesh Krishnamurthy. This is the first film of AR Rahman as a producer.