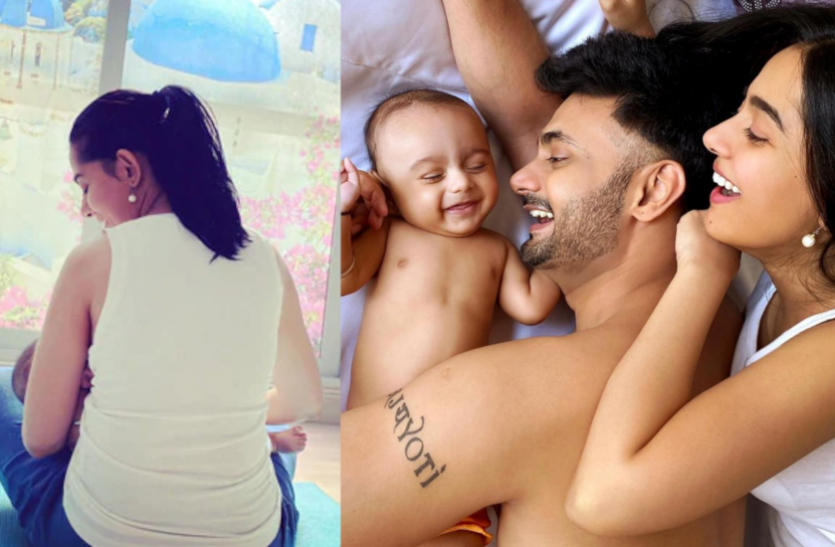 Mumbai. Actress Amrita Rao, who has worked in films like ‘Masti’, ‘Main Hoon Na’ and ‘Vivah’, has tackled two such issues on Women’s Day which are very important from the point of view of women and the growing society. The first issue is why it is considered bad to breastfeed children in public even today. The second issue is that male actors can romance young actresses even after they become fathers of children, women actresses do not get such roles.

Breastfeeding normal in my family
Amrita Rao spoke to ETimes on Mother’s Day about her own photo of breastfeeding a baby. Amrita said, ‘I am disappointed to learn that even today breastfeeding is considered taboo. But there are many India in India itself. Fortunately, breastfeeding is considered normal in the family I come from. We think that breastfeeding is the most normal thing. This credit goes to my in-laws, especially my mother-in-law. She insists that there is no need to go to another room to feed the baby. She says that where everyone is, feel comfortable to breastfeed. If they had a problem, I would have to go to another room to feed the baby. I am happy that my husband Anmol shared that picture (of Amrita’s baby being breastfed). Did not do it intentionally. He wanted to show our followers a moment of our life. It would be nice if we take it normally.

Children’s father actors romance young actresses
In another interview, Amrita said, ‘Fear of changing things. You are afraid of changing the way people think, especially for girls. This does not happen with boys. You can have one or two children and you can still romance with young actresses. Nothing changes in life for the main male actors but for actresses. This was not the case in the 1950s, 60s and 70s. In an interview with Bollywood Bubble, Amrita gave the example of Nutan and Sharmila Tagore, saying that their career continued successfully even after their marriage and having children. But after 1980, the atmosphere changed completely. She says that Kajol is perhaps the exception in this era. My generation has yet to see it. She says that there are many actresses who have decided to become mothers, they cannot find work where they left.