Amidst rumors of divorce, video of Nick Jonas surfaced, Priyanka Chopra reacted like this

The pairing of Priyanka Chopra and Nick Jonas is one of the most talked about couples in the film industry. The romantic style of both wins the hearts of the fans every day. However, this couple is currently in discussion for other reasons and that is the rumors of divorce news between the two. On Monday, Priyanka Chopra removed the surname of husband Nick Jonas from her Instagram bio and since then there is a discussion among the fans whether the two are getting divorced. Now amidst these reports, a gym video of Nick Jonas has surfaced, on which Priyanka Chopra has also reacted.

Nick Jonas has shared his fitness video on Instagram, in which he can be seen exercising biceps in the gym. Commenting on this video of her, Priyanka Chopra wrote: “Dam! I have fallen on these arms of yours.” This comment made by Priyanka shows that there is a lot of love between the two and the news of divorce is just rumours. 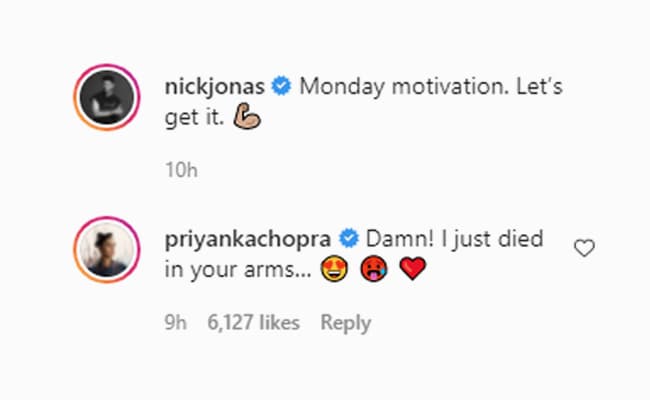 Priyanka Chopra as well as her fans are commenting a lot on this video of Nick Jonas. Nick captioned the video: “Monday inspiration. Let’s get through it.” Talking about Priyanka Chopra, she is one of the most talked about actresses in the world. Priyanka recently made it to the 27th place in Instagram Richlist 2021. The actress charges $ 403,000 for every promotional post i.e. around 30 million in Indian rupees. More than 70 million people follow Priyanka Chopra on Instagram.