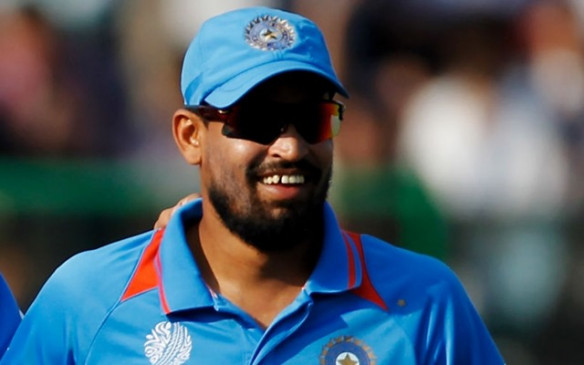 All-rounder Yusuf Pathan announces retirement from all formats of cricket, has been a part of World Cup winning team

Digital Desk, New Delhi. Indian cricket team all-rounder Yusuf Pathan on Friday announced his retirement from all formats of the game. He played 57 ODIs and 22 T20 Internationals for India between 2007 and 2012. He was also a part of the 2007 T20 World Cup as well as the 2011 ODI World Cup. Both of these World Cups were won by the Indian team.

Announcing the retirement on social media, Pathan wrote, ‘I officially announce retirement from all forms of sports. I wholeheartedly thank my family, friends, fans, team and the entire country for their support and love. I am sure you will continue to encourage me in future too. ‘

Pathan wrote, I remember the day I wore an Indian jersey for the first time. Not only did I wear that jersey, my jersey was worn by my family, coaches, friends and the whole country. My childhood, life was around cricket and I played international, domestic and IPL cricket. But today something is different.

Pathan wrote, Today there is no World Cup or IPL final, but it is an equally important day. Today, my career as a cricketer is coming to a complete end. I officially announce my retirement.

Please tell that Pathan played domestic cricket for Baroda throughout his career. In the IPL, he had some highly successful seasons with Kolkata Knight Riders and Rajasthan Royals. He has played 174 matches in IPL. He is the first cricketer to win three IPL trophies.

Yusuf Pathan scored a 37-ball century in the IPL 2010 season against Mumbai Indians. It is still the second fastest century in the history of the tournament. Pathan last played for Sunrisers Hyderabad in 2019.

I thank my family, friends, fans, teams, coaches and the whole country wholeheartedly for all the support and love. #retirementpic.twitter.com/usOzxer9CE