Alia Bhatt danced on the beach in Maldives with friends, being seen repeatedly

Actress Alia Bhatt is spending an exciting time in Maldives with her friends and sister Shaheen Bhatt. Recently, he has shared some beautiful photos and videos from his Instagram account.

New Delhi Alia Bhatt is currently spending holidays with her friends in Maldives. On Sunday, his friend Akanksha Ranjan Kapoor (Akansha Ranjan kapoor) shared some photos on Instagram, in which we can see him dancing in a bikini wearing blue beach. Alia is wearing pink color bikini and round shaped glasses. You can see Akanksha wearing a purple colored swimsuit with her sister Anushka Ranjan Kapoor.

Alia has shared a funny video with the fans, in which they are seen doing a great dance on the famous song ‘Kaho na pyar hai’ from Hrithik Roshan and Ameesha Patel’s film.

Alia’s sister Shaheen Bhatt is also included in this trip. Shaheen is seen in a selfie taken in white clothes. He is being highly praised for this photo. 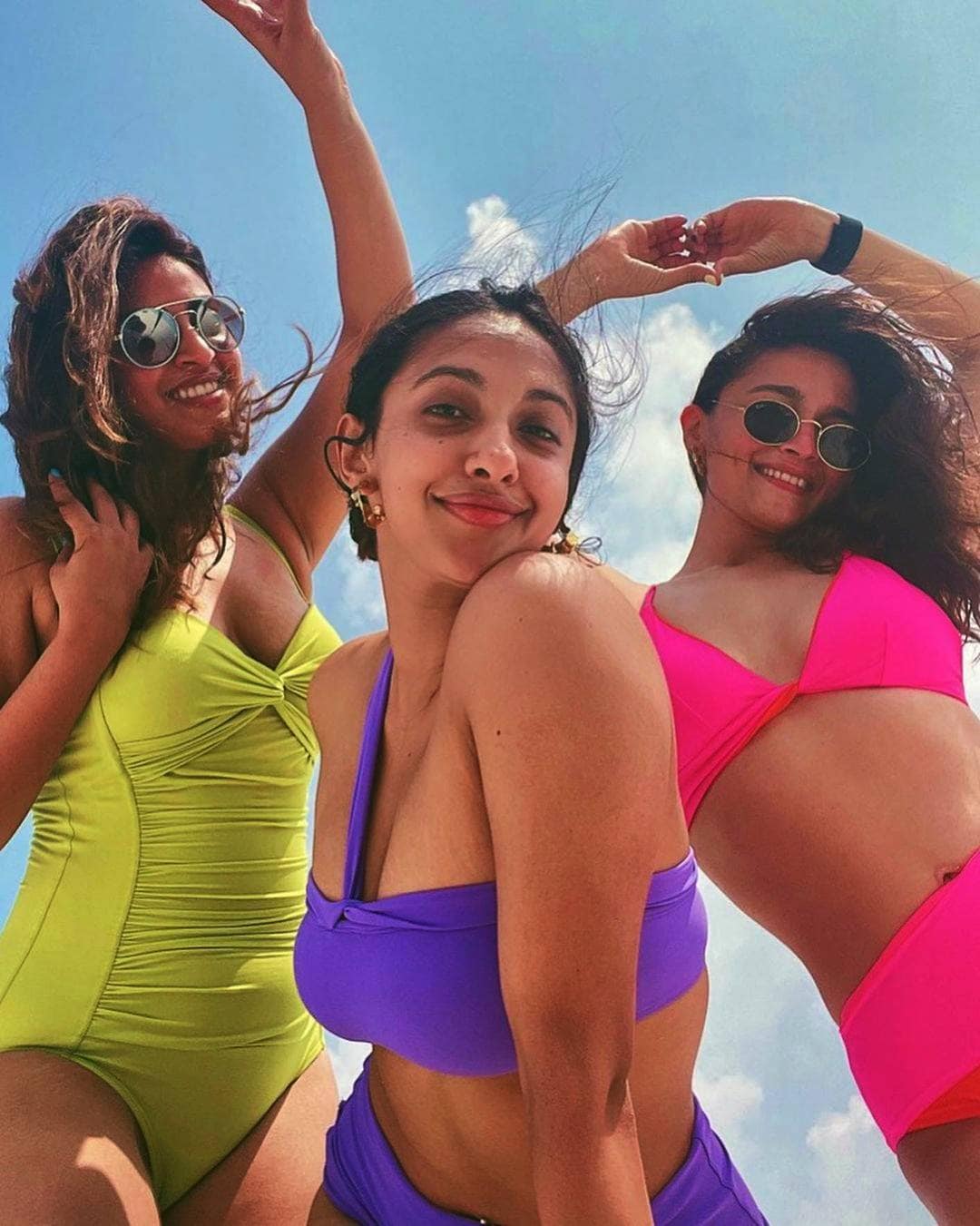 He shared more photos of his group late at night, when he was getting ready for dinner. In this, you can see Alia wearing gold earrings with white clothes. At the same time, Anushka is seen wearing a black crop top and yellow skirt. On Sunday, Alia created a panic on the internet by sharing photos of her bikini. In the photos, she was seen playing with the waves sitting on the beach. Please tell that this year is Alia and Shaheen’s second trip. Earlier, he went to visit Ranthambore National Park on New Year. His mother Soni Razdan and Alia’s boyfriend Ranbir Kapoor were also included in this trip. People of Ranbir’s family also participated in it.

Talking about work, Alia has many interesting films at this time. She will be seen in Ayan Mukerji’s film ‘Brahmastra’ opposite Ranbir Kapoor. She is playing an important role in Sanjay Leela Bhansali’s ‘Gangubai Kathiawadi’, Rajamouli’s film ‘RRR’ and ‘Karan Johar’ Takht (Takht).