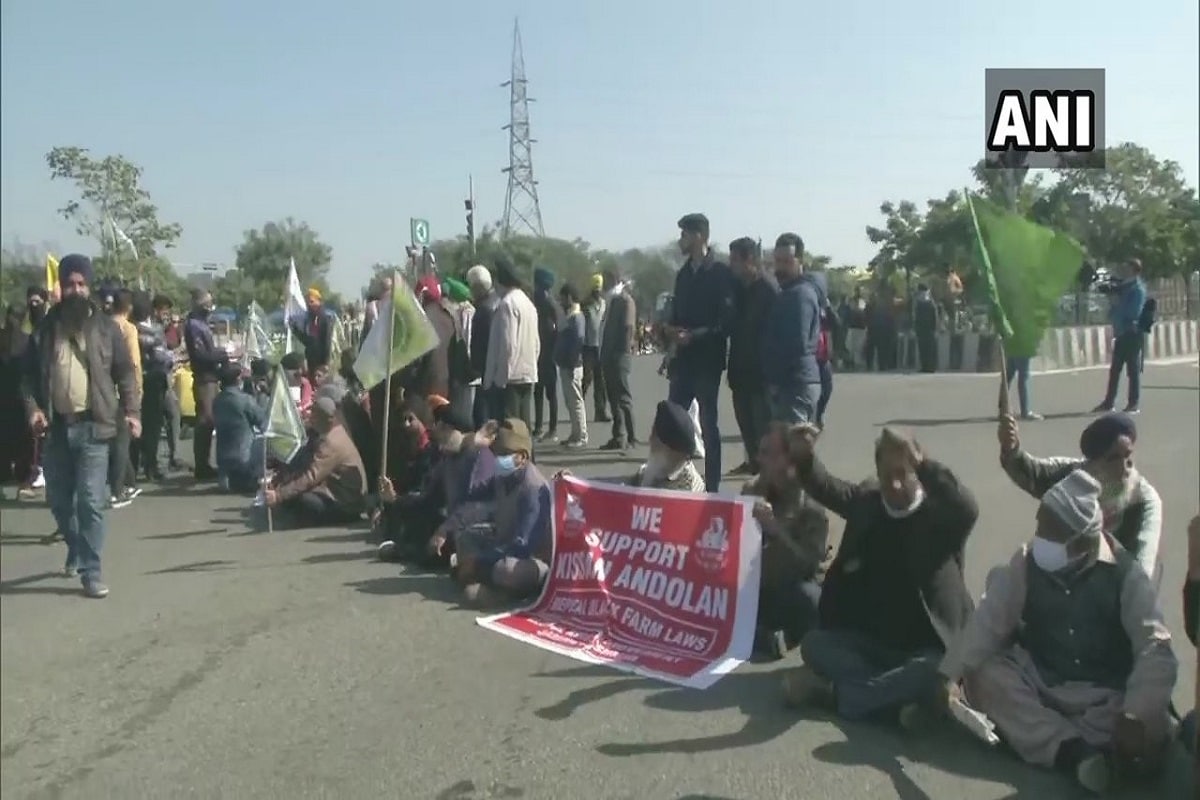 Jay February 6, 2021
new Delhi. Farmer’s jam against the three agricultural laws of the central government has ended peacefully. The farmers remained on the border of Delhi and apart from sporadic incidents, the jam remained peaceful. Farmers took to the streets on Saturday in support of Chakka jam from Jammu to Karnataka. Chakka jam was seen on Jammu-Pathankot highway. A person involved in the demonstration from ANI said, “We want the return of these laws, we support the farmers who are protesting on the Delhi border.” In Delhi, the government has stopped internet services at Singhu, Ghazipur and Tikari borders till 12 noon. So that any untoward situation can be dealt with in public interest. In support of Chakka jam in Madhya Pradesh, Congress leader Digvijay Singh called upon the protesters to protest on the streets between 12 to 3 pm.

A large number of people reached the Ludhiana-Ferozepur highway in support of Chakka jam in Punjab and the farmers anchored them on the road. Along with Ludhiana, other cities of Punjab like Amritsar, Mohali, and around the country have been seen on Saturday afternoon. There was a blockade in support of farmers on national and state highways. Bengaluru Police of Karnataka arrested people outside Yelahanka Police Station for demonstrating in support of farmers and tried to open Chakka Jam.

In view of the blockade, the Delhi Metro stopped movement from Mandi House, ITO, Delhi Gate, Red Fort, Jama Masjid, Janpath, Central Secretariat, Khan Market and Nehru Metro Station. A large number of security personnel were deployed on the Shahjahanpur border (Delhi-Rajasthan border) in view of the call of Chakka jam by the farmers organizations across the country. PRO of Delhi Police Chinmay Biswal said that no incident has taken place in the capital Delhi. Traffic movement has been normal and normal life is normally moving.

Farmers’ organizations had announced a nationwide ‘Chakka Jam’ on February 6 over the internet ban in areas near their agitation sites, alleged harassment by officials and other issues, from 12 noon Chakka jam was seen on National and State highways between 3 pm. Meanwhile, 50 people were detained by police near Shaheedi Park in central Delhi on Saturday for allegedly demonstrating in support of the call for ‘Chakka Jam’.

The Samyukta Kisan Morcha, a group of farmers’ organizations opposing the three agricultural laws, said on Friday that the protesters would not block roads in Delhi, Uttar Pradesh and Uttarakhand during the ‘Chakka Jam’. The Morcha had also said that the protesters would block the national and state highways for three hours between 12 noon and 3 pm but in a peaceful manner.

Delhi Police increased security at all border points of Delhi. Thousands of personnel, including paramilitary forces, have been deployed to deal with any situation arising out of ‘Chakka Jam’. Following the violence on Republic Day, the Delhi Police has taken additional measures, including tight security monitoring.