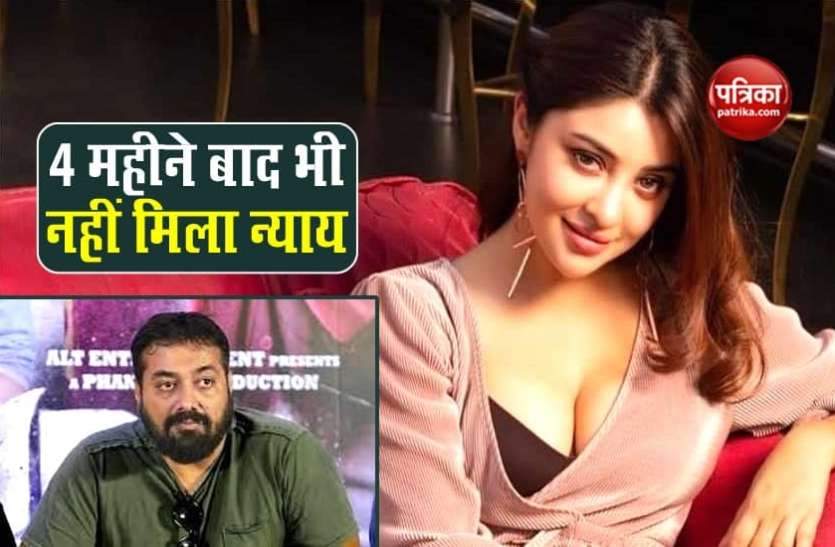 new Delhi. The year 2020 will be remembered with moist eyes on the devastation of Coronavirus. In the same way, this year will be remembered for some things which had shocked the senses of the people. One of the issues involves actress Payal Ghosh and director Anurag Kashyap. Shortly before, the actress accused Anurag Kashyap of sexual abuse. After which he also demanded justice while tweeting. The matter was raised as fast as it did in the initial stages. He became equally fast. But once again Payal Ghosh has come out and is once again pleading for justice.

It’s been a while and @mumbaipolice has done it’s best. An earnest request. It’s a matter of women and we should be aware of what examples we are setting.

In her latest tweet, the actress, accused of sexually abusing director Anurag Kashyap (Payal Ghosh file case on Anurag Kashyap), wrote that “It’s been a long time and the Mumbai police has not even done any effort on their part. She will The submissive pleads that there is a case related to women. We have to pay attention to how we are setting an example before society. ” Let me tell you that Payal Ghosh had told that in 2013, Anurag tried to rape her. Whereas all these allegations were completely denied by Anurag. After which Payal lodged a complaint with the Versova police station on 22 September.

Following the allegations of Payal Ghosh, the director has been booked under section 376 (I), 354 and 342. At the same time, Anurag also appeared fully prepared to wage a legal battle. He said through his lawyer Priyanka Khimani that he is deeply saddened by the allegations leveled by Payal Ghosh and has suffered a lot. All the allegations against him are completely baseless. Well, these days Anurag is very busy with his upcoming film AK vs AK. The film will feature actor Anil Kapoor in the lead role.