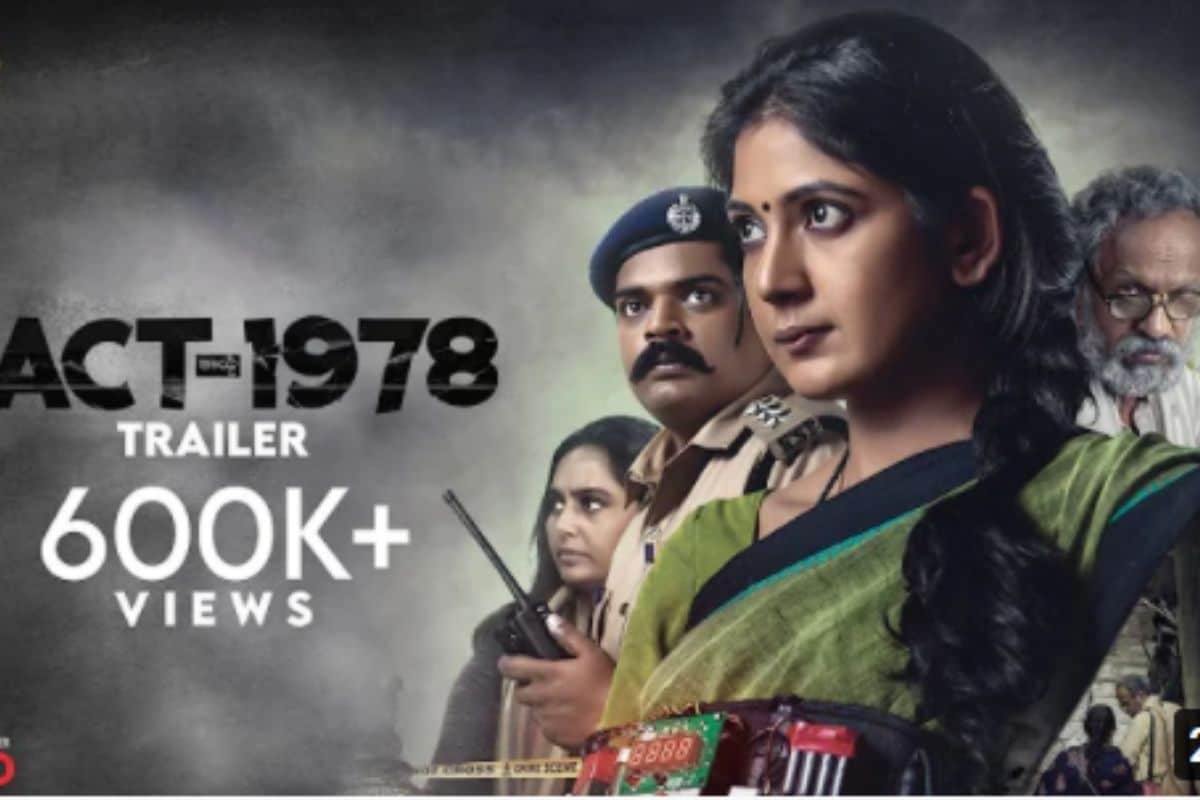 Jay April 25, 2021
Mumbai Naseeruddin Shah’s “A Wednesday” is printed in the minds of the Hindi film audience. When a common man is fed up with the system and does not get any help, he is forced to take up arms himself. A blast is needed to listen to the Behari system. Rang De Basanti, Shahid, Madari, Paan Singh Tomar, and even the courtroom drama Pink and Mulk are the story of a common man rebelling against rotten street system and society. There are many films that are made on this pattern, but a new name should be added to all this – of the Kannada film “Act 1978”.

Troubled by the red tape of a government office, Geeta (Yagna Shetty), along with her elderly colleague Sharanappa (B. Suresh), enters the office and takes the entire office hostage with the help of a gun and a bomb tied at the waist. A qualified police officer is given the task of solving the case, who slowly realizes that the fault lies with the bribe employees working in the government office. Pregnant Geeta, after the death of her husband, takes everyone hostage, being stricken by the behavior of doodle employees in the government office for compensation, their bribery and new innovative ways of postponing their work. Layer by layer the whole issue comes to light, politicians and government people, special forces and local police put all their efforts in solving this case.

In the end, what happens, in reaching the climax, the film gives a social message that forces all government servants to self-brainstorm. The pace of the film is a bit slow but writers Manjunath Somashekar Reddy, Dayanand and Virender Mallna have tied the film. A person doing Satyagraha in a Gandhian way is placed in the film, who does not have any dialogues, but he has the same effect as Gandhi. The role of the office-bearers of Poon, Chhote Babu, Bade Babu, Branch Manager, MLA and even Bomb Suppliers is important. While writing the story, care has been taken that there is no unbelievable thing or scene, there is no unnecessary heroism, there is no stunt or dialogue that the common man does not speak.

A very strong film has been written, keeping the drama according to the realistic script and taste. This drama has been composed by taking a reference to the Kannada Civil Services Act 1978. How the government’s legal advisors, women’s commissions, media personnel and policemen view the same incident from a different point of view is the biggest strength of this film.

Yagna Shetty is not only beautiful in appearance but also very talented. He has drawn the entire film on his shoulders. Has played the character of a pregnant woman well. The friction of his face, we all have felt it at some time or the other. His helplessness is clearly visible. Before taking such a big illegal step, his thinking is also shown in a very moderate way. A common man can never take such a step without help and hence the script writers should be congratulated for thinking very closely and writing the scene. The smallest role has its own importance and for that the actor has also chosen the right way.

The name of the director of the film is Maso Ray, which is the nick name of the writer Manjunath Somasekhara Reddy. Prior to ACT 1978, he has directed two films named Naticharami and Aur Harivu (National Award for Best Kannada Film) and has also won several awards. He likes to make films on extraordinary stories. The Act 1978 is inspired by his personal experiences of government offices. Worthy of praise is the film’s cinematographer Satya Hegde, who shot in the same building as the government office and used every corner. Editor Nagendra has kept the pace of the film deliberately low. In some scenes, it becomes difficult to stop the tears in the eyes.

Act 1978 was the first Kannada film to be released in the cinema hall after the lockdown opened, which can now be seen on Amazon Prime Video. Is an extraordinary thriller. There is no magic, there is no idiotic heroic act, there is no impossible event, there is no strange incident. This film should be watched. The subtitles are in English. This film is not obedient to the language.