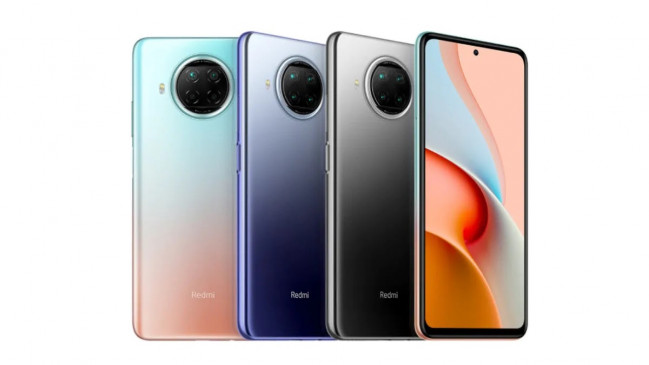 5G smartphone: Xiaomi Mi 10i launched in India, it has 108 megapixel camera

Digital Desk, New Delhi. Chinese smartphone manufacturer Xiaomi (Xiaomi) has launched its new 5G handset in the Indian market. In which 108 megapixel camera has been given. Here we are talking about Mi 10i (Mi 10i), which is the first 5G smartphone of the new year. Talking about the specialty, the company has designed it keeping in mind the Indian users. This phone will be available in Pacific Sunrise, Midnight Black and Atlantic Blue Color.

In this phone, the company has used Samsung HM2 sensor for photography. Mi 10i can be purchased from Amazon India, Mi.com, Mi Studio Stores and Mi Home on January 7 at 12 noon. The cell of this phone will start at 12 noon on January 8. Let’s know about its price and specification …

Mi 10i specification
The display
The Mi 10i has a 6.67-inch FHD + display with a 120Hz refresh rate, which will give a resolution of 1080×2400 pixels. This display, which comes with Water Drop Notch, supports both HDR and HDR10 +. At the same time, Gorilla Glass 5 protection has been provided on both the front and back panels to protect the screen.

The camera
The quad camera setup has been given in this phone for photography. It includes the primary 108-megapixel Samsung HM2 sensor, the second 8-megapixel ultra wide, the third 2-megapixel macro and the fourth 2-megapixel depth sensor. At the same time, this phone has a 16-megapixel front camera for selfie and video calling, which facilitates 4K video recording.

Samsung Galaxy M02s smartphone will be launched in India, equipped with these features

Platform / RAM / Processor / Storage
This phone works on Android 10 based MIUI 12. For better performance, this phone has a Snapdragon 750G processor with up to 8GB of RAM. While for graphics it has been given the Adreno 619 GPU.

The battery
The Mi 10i has a 4820mAh battery which supports 33 Watt fast charging. The company claims that this charger can charge up to 68 percent of the phone’s battery in just 30 minutes.